As the slogan goes, “What happens in Vegas, stays in Vegas.” Unless you’re a roller coaster that would have turned 20 this year, and then we write about it on Coaster101.com. In this volume of “20 in 2020,” we’ll be examining the curious case of Speed: The Ride, which operated at the Sahara Resort & Casino from 2000 until 2011. 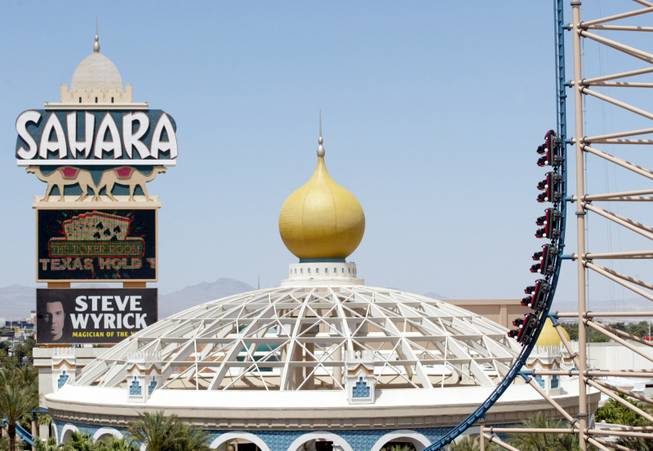 In my contributions to this year’s series, I’ve focused on several roller coasters who are no longer with us, including Hurricane: Category Five at Myrtle Beach’s former Pavilion amusement park. Like Hurricane, Speed: The Ride was unveiled in 2000 at a location with a rich history. The Sahara was the sixth resort on the Las Vegas strip, and opened in 1952. Following multiple additions and ownerships over the years, the Sahara was sold to William Bennett, who was best known for marketing Las Vegas as a tourist destination for middle class families and developing Circus Circus Resorts (and later the Adventuredome).

After purchasing the Sahara in 1995, Bennett injected $100 million into the property through a multi-year renovation that included changing the resort’s theme, relocating the entrance, adding buffets and casino space, as well as a new parking deck. As part of the expansion, Bennett, an avid racing fan, would also add Speedworld, a$15 million race car simulator attraction. This would not be the first racing-themed attraction coming to the Sahara. The Resort would also add a NASCAR Cafe in a new 75,000-square foot building, located on the Las Vegas strip. Inside the restaurant would be the roller coaster that would come to be known as Speed: The Ride. 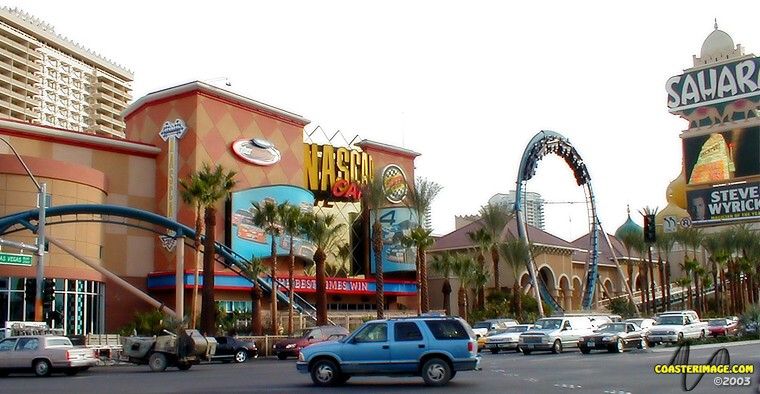 “The coaster, originally approved by the Clark County Planning Commission last October, would load inside the Sahara, run outside the casino and head south along Las Vegas Boulevard through a 110-foot tunnel en route to a 244-foot vertical tower,” wrote the Las Vegas Sun.

Following the NASCAR Cafe’s opening in March of 2000, Speed: The Ride began operating on April 11, 2000. It would become the 10th roller coaster for Maryland-based ride designers Premier Rides. The coaster featured a loading station inside the restaurant, and an initial LIM launch that took riders from indoors to outdoors at speed of 0-45mph in two seconds. Following an outdoor banked curve to the left, the train descended into an underground tunnel in front of the resort, emerging into a 92-foot-tall vertical loop, the first vertical loop on a Premier Rides coaster. 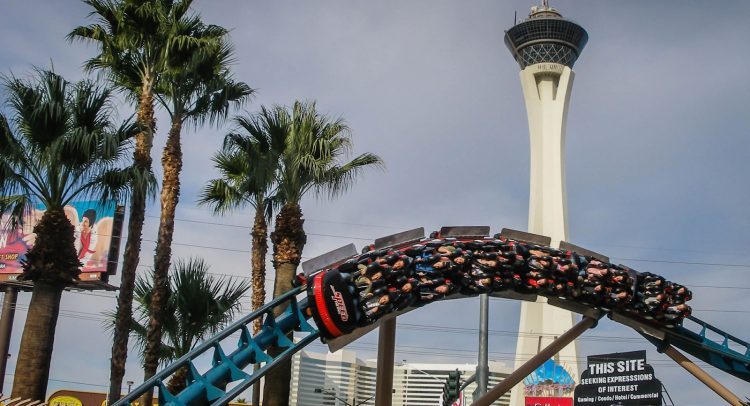 Riders on Speed: The Ride would then take on a second launch, increasing the train’s speed from 45mph to 70mph, making it the fastest coaster in Las Vegas (still to this day!). The train would traverse around the entrance of the hotel, ascend up a 244′ tall vertical spike, before falling back to earth and experiencing the entire course in reverse. According to Wikipedia, the second launch would regulate the speed from the spike, so riders would experience the vertical loop at 45mph in both directions.

Take a ride on Speed: The Ride with CoasterForce below!

The Sahara was sold in 2007, leaving the future uncertain for Speed: The Ride. Following the Great Recession, it was announced in 2011 that The Sahara Resort would close for good. Speed: The Ride’s last day of operation was May 1, 2011, and the coaster would begin to be dismantled a year later. Originally, there were plans to relocate Speed: The Ride to Akita Plaza, which would have been a shopping center with restaurants and a concert venue across from the Mandalay Bay Resort and Casino. 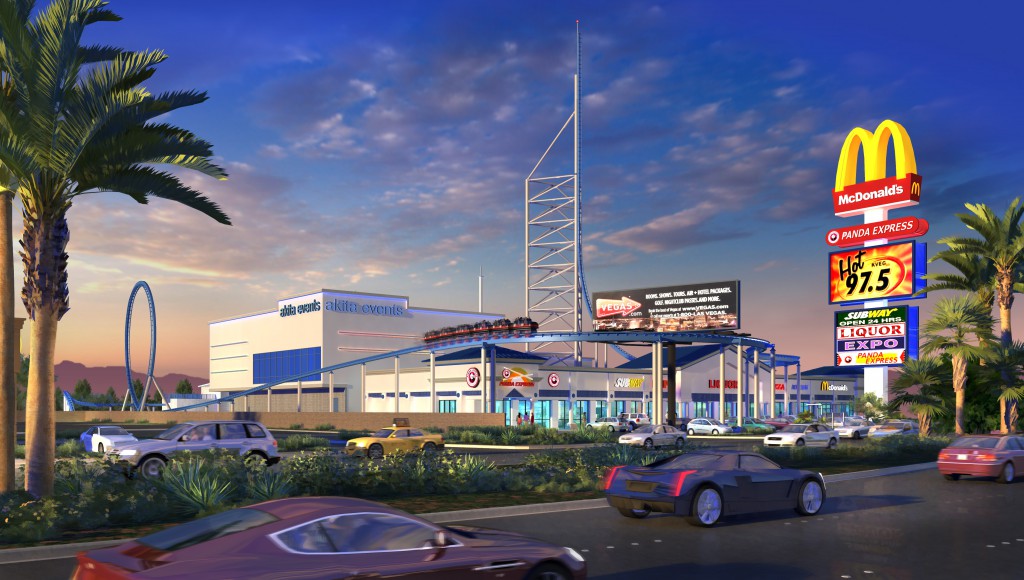 According to a December 2011 blog on the website for Breslin Builders, the company enlisted to reconstruct the coaster: the existing coaster would be relocated and reused as much as possible, with the mid-section being redesigned to work within and over the existing site and parking lot conditions, and allow for new and exciting curves and bends to be added to the ride. 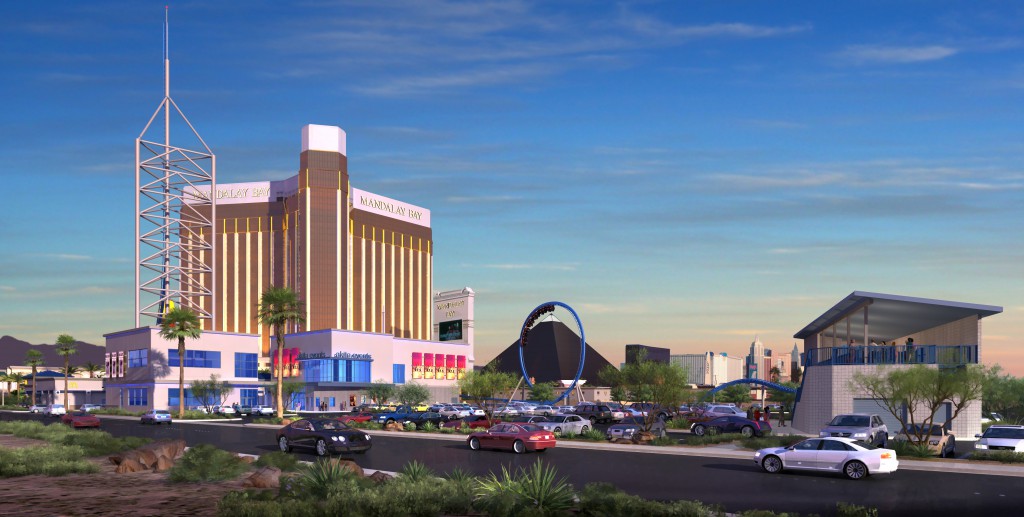 Unfortunately, the best-laid plans of mice and men often go awry, and the Akita Plaza development never got off the ground. Unfortunately, that means that for the better part of the last decade, pieces of the roller coaster formerly known as Speed: The Ride are currently on the ground, stored where Akita Plaza was supposed to be located, between the Mandalay Bay Resort and Las Vegas McCarran International Airport. In fact, you can still see pieces of the roller coaster on Google Maps, which are current as of March of 2020. 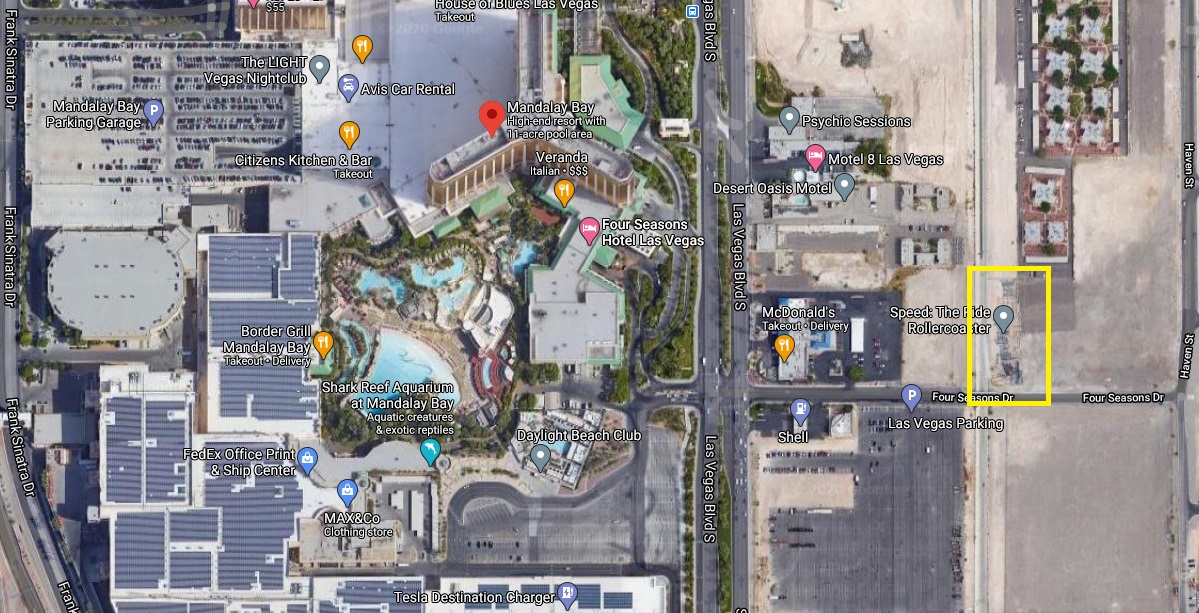 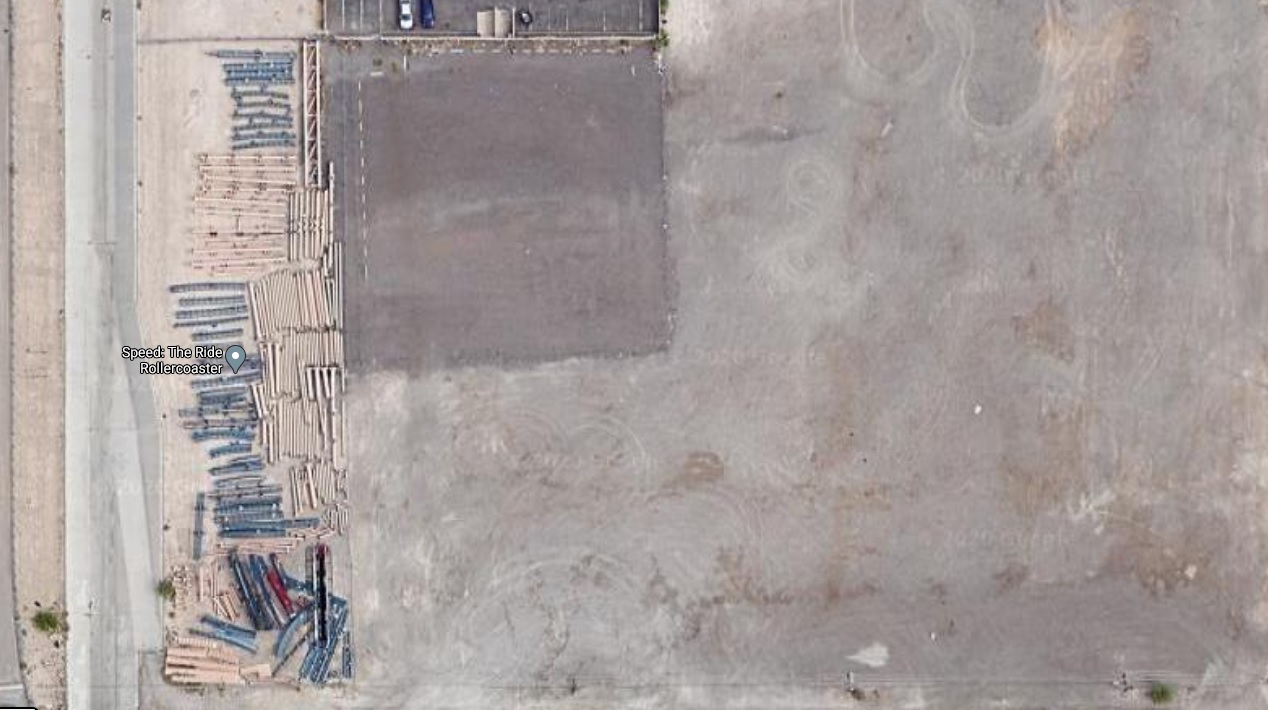 After residing in a parking lot, exposed to the elements for nearly a decade, In 2019, portions of Speed: The Ride were sold as scrap metal. Unfortunately this means that the original Speed: The Ride will never be resurrected. It’s a shame, as this ride is truly one of the most unique shuttle coasters to ever exist, differing heavily from your typical boomerang or shuttle loop.

Come back next time for another coaster that turns 20 in 2020!