Despite recent indications that the gaming scene in Macau is on the mend, there are indications that gross gaming revenue (GGR) next year could still continue to be in a slump, and this has local casino employees concerned about their future. The Macau Gaming Enterprises Staff Association just conducted a survey to determine exactly how concerned they are, and the results aren’t optimistic. Of the 611 employees polled, 80% said they are somewhat pessimistic about their job security. That’s 20% more than what was recorded when the same survey was conducted a year earlier. 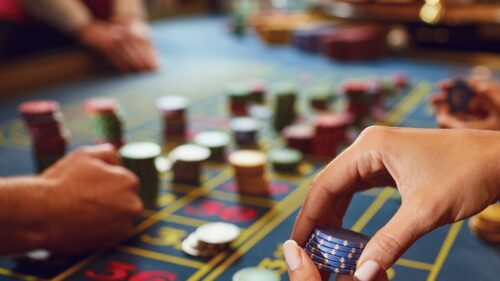 The ongoing crisis caused by COVID-19 is taking its toll and Macau has taken in only about 30% of the GGR it reported in 2019. With the immediate outlook predicting similar results, there is the possibility that casinos will need to make additional cuts just to stay afloat, and any forced exits will hit all levels. Even senior employees who have been in the business for ten years or more are in a precarious situation and this segment was found to be the most concerned of them all.

The lack of confidence over their future job status is justified. The same group reports that almost 60% of casino employees have had to take unpaid leave. The majority of these have been those who have been in the local gambling business longer, and the forced vacations come after Macau’s government tried to convince casino operators to go easy on their employees. However, with monthly GGR drops of up to 90%, cuts had to be made somewhere, and those employees making more money quickly became targets.

Wynn Resorts is one of the operators to explore ways to reduce costs and has confirmed that a number of senior management will not be returning to Macau. It told GGRAsia that it was preparing to forego renewal of employee contracts for “overseas middle- and senior-management” employees, but didn’t specify how many would be shown the door. The company argues that the employment termination is a result not only of the change in Macau’s gaming environment, but also due to changing employment laws coming to the city.

In its words, Wynn said the transition is a result of the company’s “long-term plan for management succession and localization,” which was interpreted to mean that Wynn is responding to government requests that senior management positions be given to locals, instead of foreign workers, known locally as blue-card workers.

Blue-card employees are those who don’t have residency in the city, but who were given permission to live and work in Macau through an employment contract. They serve in all industries in the city, not just gaming, and it’s not inconceivable to imagine Macau putting stipulations about using the local community for more employment positions when the final rules for casino concessions are drafted. This could ultimately lead to an even larger exodus of foreign workers in the city if it were to happen.