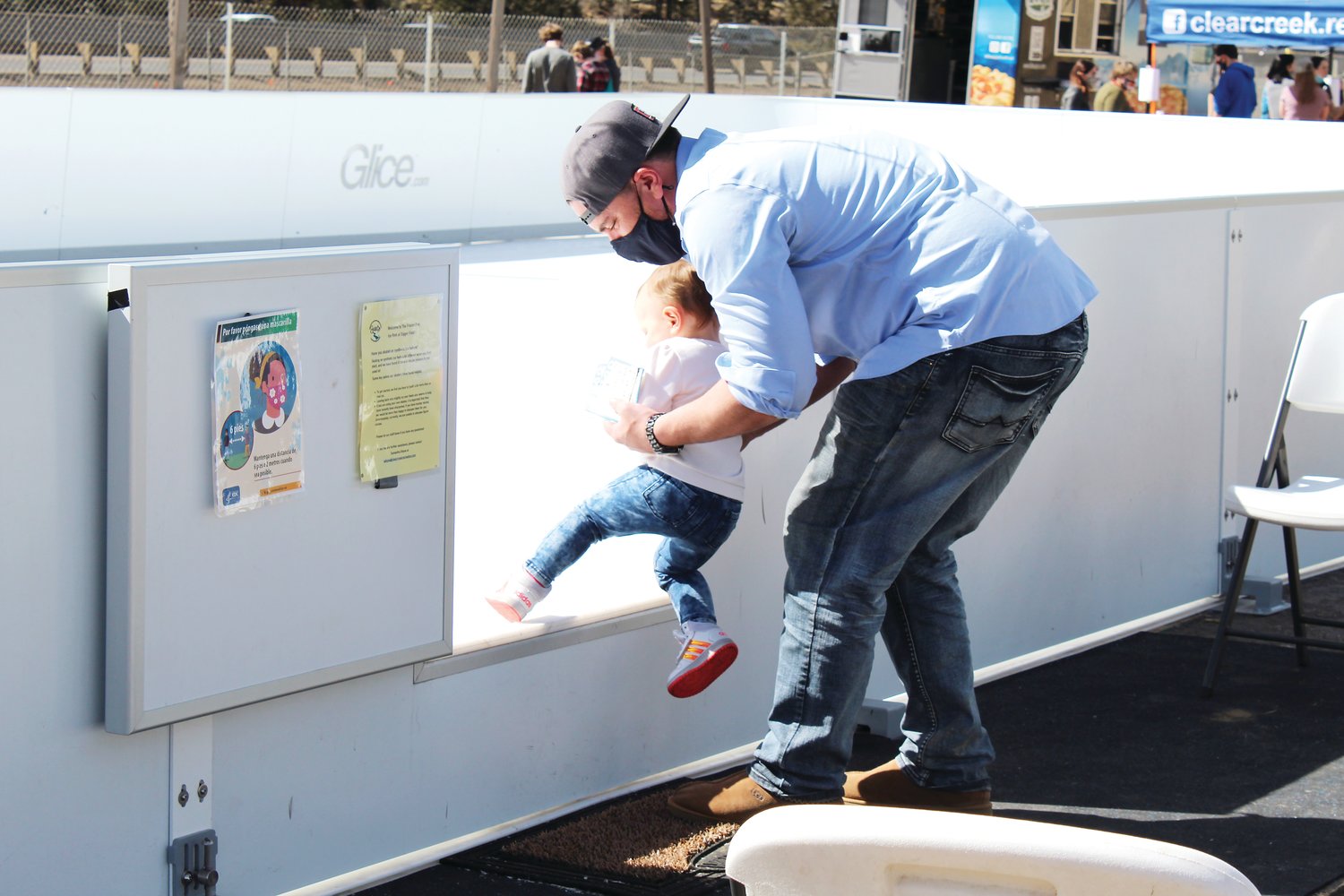 As Interstate 70 traffic whizzed behind her, Black Hawk’s Gigetta Nadeau leapt out of her chair on Golddigger Field and yelled, “Bingo!”

Clear Creek High School students confirmed Nadeau’s win, and she returned to her table with an armful of prizes, including a shirt, hat, necklace and root beer.

That was Saturday afternoon’s first and arguably easiest bingo round, as CCHS students hosted a fundraiser with skating, bingo and a silent auction at the Frozen Fire Ice Rink at Digger Field.

About 50 people attended, not including student-volunteers, and student government raised more than $500 for school events, including prom.

There were 10 rounds — each with a different win condition, such as blackout — and prizes for each winner, CCHS senior and student government president Elsie Gothman said.

“We’re trying to have fun and enjoy the day,” she continued.

On the silent auction side of Digger Field, social studies teacher Ben Mahoney described how the skis and snowboards were the big ticket items of the day. By the time bingo started, he said most of items had a bid.

Idaho Springs’ Irene DeAngelis peeked at a few of the items, bidding on one or two of them.

She decided to attend after her daughter, Laura Amann of Idaho Springs, told her about it. The family was in attendance to support the school and to play some bingo.

“I’m a big fan of bingo,” DeAngelis continued. “It’s a fun, mindless game. I feel like everyone’s very friendly and has fun playing it.”

Rink to move in April

After an Easter event for the community, Dhyne said the rink will be moved to the Shelly/Quinn Ballfields. It will reopen at that location on May 1 for a May Day event.

At that time, the district is planning to introduce its ice bumper cars, which had previously been scheduled to be available over spring break.

While February has been fairly quiet as far as bookings for the rink, Dhyne said she’s now seeing a lot of bookings for March. Most of those are for people who live outside Clear Creek County.

During Saturday’s fundraiser, Amann commented that she and her 10-year-old daughter, Audrey, have appreciated the variety of events at the rink this winter. The two have been to several skating nights to enjoy music and s’mores. Her only wish was that the district would host more daytime events like Saturday’s bingo fundraiser.

“Thank goodness for the rec center,” she said. “Otherwise, there wouldn’t be anything to do.”