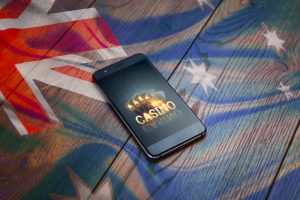 A plan for a crackdown on the use of credit cards for online gambling is gaining momentum in Australia as the lawmaker behind the initiative says he has garnered support from the nation’s four biggest banks.

Queensland MP Andrew Wallace, a staunch gambling opponent in all its forms, said this week that he has come to a “furious agreement” with Australia’s big four lenders that a change needs to be implemented soon.

Credit cards issued in the country are already banned from being used at local casinos and other brick-and-mortar gaming and betting establishments. However, these restrictions do not apply for the digital gambling sector.

Mr. Wallace last month called for a legislative change that would bar gamblers from using their credit cards for online betting and gaming purposes. He said this week that he’s getting advice on what that change might look like and that he will be taking that to his fellow MPs over the coming weeks.

The lawmaker also met with representatives of Westpac, ANZ, NAB, and the Commonwealth Bank as well as of the Australian Banking Association (ABA) and that they all agreed on the urgent need for action and that “people shouldn’t be in a situation where they can borrow money from the banks at 22% interest and gamble with it.”

Mr. Wallace further called for the creation of a voluntary code of conduct within the banking sector, but the banks he spoke with and ABA representatives warned him that it was very difficult for such a code to be established and implemented and that is why they hadn’t done it already.

This is not the first time a ban on credit card gambling is under discussion in Australia. In late 2019, the nation’s Banking Association released a consultation paper seeking public input into the possible implementation of such a measure.

The results of the public consultation were released late in 2020. About 81% of all Australians who participated in the survey said they believed restrictions or an outright ban on gambling with credit cards should be introduced. Only about 7% of all respondents said restrictions were not necessary.

Commenting on the matter, ABA’s CEO, Anna Bligh, said that the nation’s bank played an important role in “helping tackle the issue of problem gambling” and that while gambling was a form of entertainment for many Australians, “for some it can become a problem that potentially has devastating consequences for the individual and their family.”

Some Aussie banks have already barred their customers from using their cards for online gambling purposes, with Macquarie, Suncorp, Citibank, and Bank of Queensland being among these. However, a uniform ban spreading across the entire sector will put the nation on par with the UK, where credit card gambling was prohibited at a national level in the spring of 2020.