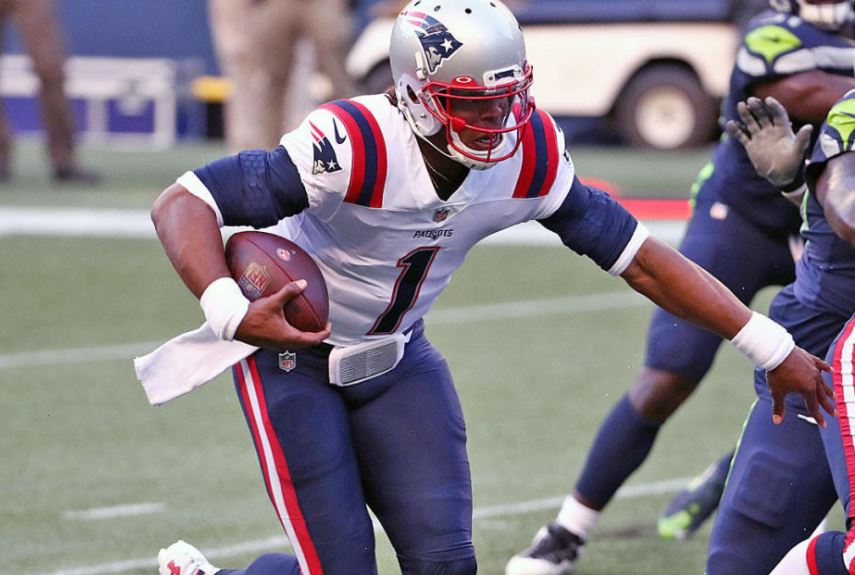 Two teams coming off big road wins face off in the Sunday Night game this weekend in the NFL as the Baltimore Ravens (6-2) travel to face the New England Patriots (3-5). The Ravens won in Indianapolis Sunday to bolster their playoff standing while the Patriots rallied Monday night to beat the New York Jets and snap a four-game losing streak. Sunday night’s game at Gillette Stadium in Foxborough, Mass. kicks off at 8:20 P.M. on NBC.

These teams have met 14 times, with the Patriots leading the series 10-4. Baltimore has never won a regular season game in New England, but they do have two playoff wins at Gillette. Last year, the Ravens won 37-20 in the regular season, and both teams lost to the Tennessee Titans in the playoffs.

The Ravens scored the final 17 points of the game to win in Indianapolis 24-10 last Sunday. They returned a fumble for a touchdown while also rushing for two scores.

Quarterback Lamar Jackson completed 19-of-23 passes against the Colts for 170 yards and no turnovers. He also ran for 58 yards on 13 carries while scoring a touchdown. Jackson has 1,513 passing yards on a 63% completion percentage on the season, with 12 touchdowns and four interceptions.

With Mark Ingram still out of the lineup, rookie J.K. Dobbins carried the ball 12 times for 30 yards. Gus Edwards scored a touchdown while running 11 times for 23 yards. Jackson leads the team with 469 rushing yards and three scores, while Edwards has 329 yards and three touchdowns.

The Patriots scored the game’s final 13 points, including a game-winning field goal as time expired to beat the Jets 30-27 Monday night. New England allowed three passing scores but ran for 159 yards and got a crucial fourth-quarter interception.

Quarterback Cam Newton completed 27-of-35 passes for 274 yards while rushing for two touchdowns Monday night. In seven games, Newton has 1,417 passing yards with seven interceptions and two touchdowns. He has also run for eight scores with 314 yards on the ground.

Running back Damien Harris ran 14 times for 71 yards while Rex Burkhead ran for 56 yards and a touchdown. Harris leads the Patriots with 350 yards while scoring one touchdown in five games. Burkhead has 236 yards and three touchdowns.

Newton’s favorite target Monday night was Jacobi Meyers, who had 12 catches for 169 yards. With Julian Edelman out injured, Damiere Byrd caught five balls for 65 yards. Byrd has 41 catches on the season for 337 yards, while Meyers has 23 catches for 294 yards.

Head to our favorite pay per head bookie site at www.RealBookies.com , where the Ravens are favored by 6.5 points on the road. The total is 43.5, and the Patriots are a +265 underdog.

Baltimore hasn’t won outright in Foxborough in the regular season, but this is clearly a different Patriots team. The Ravens are 4-1-1 ATS in their last six trips to New England, and the over is 4-0 in the last four matchups between these teams. Jackson accounted for three scores against the Patriots last year, and it will be a tough challenge for New England to slow him down in 2020.