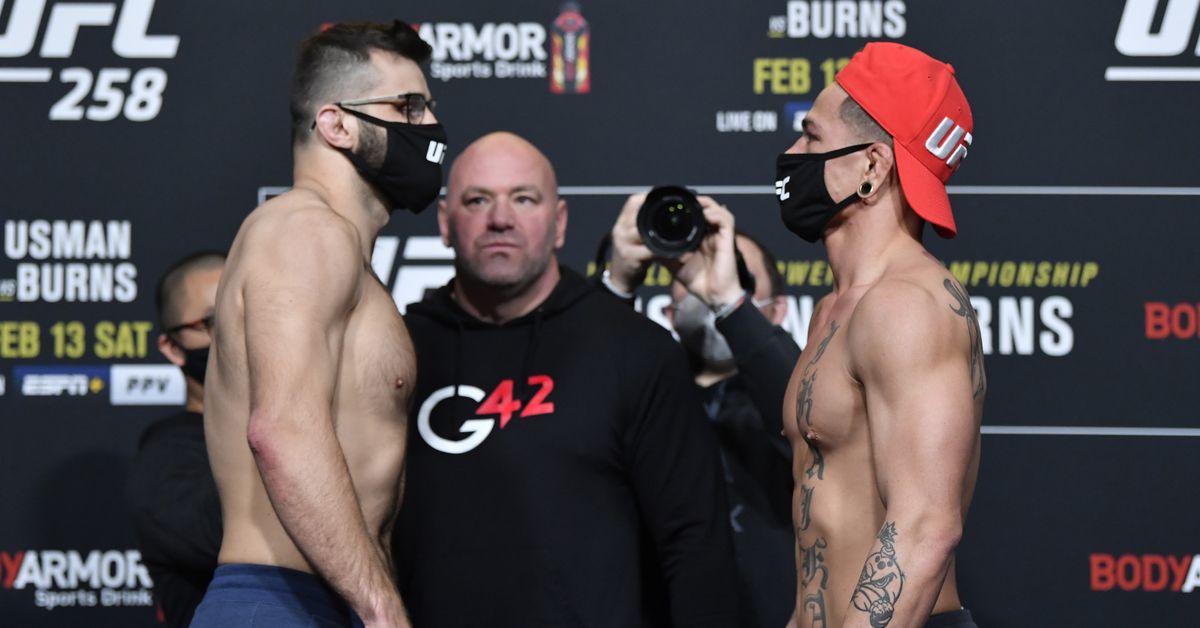 It’s the second pay-per-view in two weeks, but it should be a good one tonight in Las Vegas for UFC 258.

But there’s also opportunity to make some cash on some fighters that have been on the shelf for quite a bit. We take a look at some best bets ahead of Saturday night’s card at the UFC Apex facility and live on ESPN+.

There’s plenty of concern about cage rust for Barber, who has been out since a unanimous decision loss in January of 2020 to Roxanne Modafferi, the first defeat of her career. But prior to that she had knocked out all four opponents in a UFC cage, and she’s facing a fighter in Grasso that has struggled with opponents such as Tatiana Suarez and Carla Esparza.

Barber was one of the elite prospects in women’s MMA before her layoff, and seven of her eight career wins are by stoppage. She shouldn’t be the underdog here.

Julian Marquez by KO, TKO, or DQ +188 over Maki Pitolo

Another case where cage rush should be less of an issue, “The Cuban Missile Crisis” hasn’t fought since July of 2018. He tore a lat muscle in his last fight, his career was threatened, but he’s now back. And with plenty of experience in the cage, he’s also got seven stoppages in seven career wins.

Pitolo has KO power himself, but he’ll need to land an unexpected shot to win this fight most likely. Look for Marquez to go hard for the stoppage in his UFC return.

The “cover all your bases” bet! You’ll need to break it up by units (we’ve got it as 10 units on Usman = 2 unit on Burns), but we don’t see much possibility for any other outcome for this fight. Usman famously has gone to the cards in nine of his last 11 bouts, all of which were wins for the champion that is 13-0 in the UFC.

Durinho has eight career submissions, but he’s not winning this by putting Usman on the mat. This thing is going the distance, and we’ll go over on rounds.