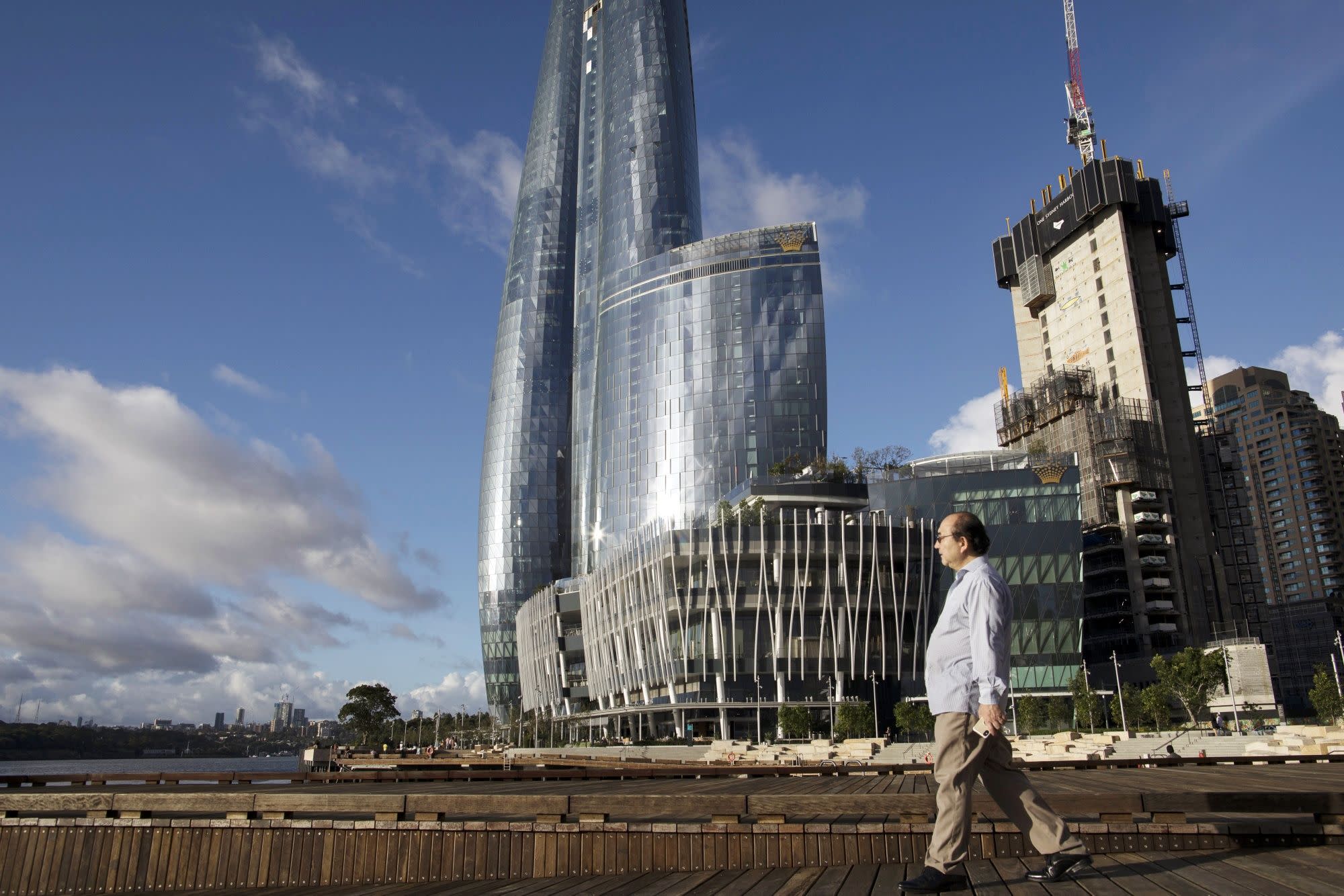 (Bloomberg) — Blackstone Group Inc. offered to buy Crown Resorts Ltd. in an A$8.02 billion ($6.2 billion) deal, pouncing on the troubled Australian casino operator while it’s under assault from domestic regulators.

The New York-based private equity firm, which already owns 10% of Crown, bid A$11.85 a share in cash for the rest of the company, Crown said Monday. Crown is assessing the proposal and its stock soared 21% to A$11.97 at the close of trade in Sydney, indicating investors expect a higher bid or a rival suitor.

Crown was last month found unfit to run its new Sydney casino after years of money laundering at other properties, and faces inquiries into its suitability to own casinos in Melbourne and Perth. But if Crown’s planned corporate makeover can appease regulators, the prize for Blackstone is clear: casino monopolies in two Australian cities and a gleaming A$2.2 billion resort on Sydney’s waterfront.

With a decades-long history of hotel and gaming investments, Blackstone is now doubling down on one of the industries hit hardest by the pandemic — just as vaccines fuel hopes of a travel and leisure recovery. Last week, Blackstone teamed up with Starwood Capital Group and struck a $6 billion deal for hotel operator Extended Stay America Inc. In 2019, Blackstone agreed to buy the Bellagio casino and resort in Las Vegas for $4.25 billion.

For James Packer, Crown’s largest shareholder with a 36% stake, Blackstone’s offer represents a fresh chance to exit Crown after at least two failed attempts to find a suitor. February’s damning exposure of widespread management and cultural failings at Crown was just the latest blow for the billionaire, who has stepped back from corporate life to fight a mental-health battle.

Before Blackstone’s offer, Crown shares had almost halved from a high of A$18 in early 2014. They’ve been pummeled by a series of dramas, including a 2016 legal crackdown in mainland China, an aborted takeover and the Covid-19 pandemic.

The risk for Blackstone is that it’s left owning a company hamstrung by fresh regulatory action. Last month’s New South Wales inquiry said Crown needed to overhaul its management, governance and culture before gaming operations could start in Sydney. Chief Executive Officer Ken Barton and five other directors have since quit.

The investigation found that Crown “enabled and facilitated” money laundering through bank accounts tied to its Perth and Melbourne casinos for at least five years before 2019. The report heaped criticism on the relationship between Crown and Packer’s investment company: reporting lines were blurred, risks weren’t identified, and conflicts or potential conflicts weren’t recognized.

A spokesperson for the NSW Independent Liquor and Gaming Authority said Monday the regulator was aware of the takeover approach, but is “not in a position to comment on any potential outcomes.”

A probe starts Wednesday into Crown’s suitability to run its Melbourne casino and a separate investigation into Crown Perth will also take place this year. That means Blackstone could be the new owner of a company that’s barred — temporarily, at least — from operating its three Australian casinos.

“That’s a material risk to consider,” said Xinning Xiao, a senior lecturer in accounting at Monash Business School in Melbourne who specializes in corporate governance. “The restructuring may take years.”

Representatives for the gaming regulators in Victoria and Western Australia had no immediate comment on Blackstone’s potential ownership of Crown.

By bringing in its own management to run the show — the normal course of business for most private equity takeovers — Blackstone would automatically be carrying out the wholesale management restructuring that Crown will likely need if it’s to hold onto its gaming licenses following a damning money laundering inquiry.

Previous efforts to reach a deal involving Crown have come to nothing.

Wynn Resorts Ltd. in early 2019 abruptly ended talks to buy Crown for about A$10 billion, just a few hours after the discussions leaked to the media. Last year, Melco Resorts & Entertainment Ltd. scrapped a deal to buy 20% of Crown from Packer.

A representative for Packer’s private investment company declined to comment on Blackstone’s approach.

Blackstone wants unanimous approval from Crown’s board before the deal can go ahead, as well as permission from regulators to own and operate Crown’s casinos, according to the statement.

Blackstone bought its current stake in Crown from Melco last year for A$8.15 a share.

For more articles like this, please visit us at bloomberg.com

Subscribe now to stay ahead with the most trusted business news source.