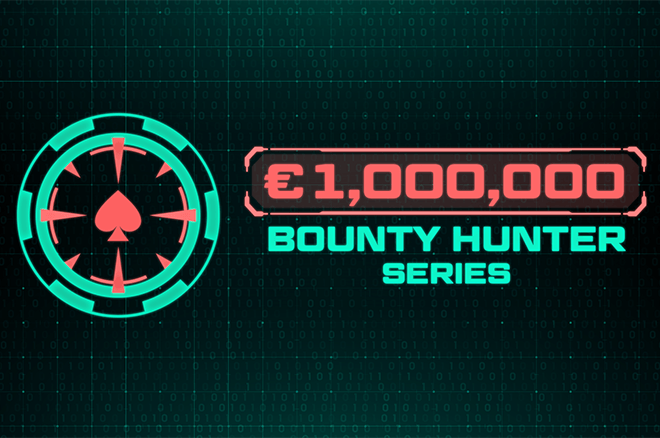 Progressive knockout tournaments are extremely popular in the online poker world so it is unsurprising to see the iPoker Network relaunch its Bounty Hunter Series.

The iPoker Bounty hunter Series last ran in 2018 across all its dot-com sites. These same sites, including bet365, Betfair Poker, Paddy Power Poker, and William Hill Poker, are gearing up to host the latest incarnation of the series, which comes with guaranteed prize pool worth €1 million.

There are 83 Bounty Hunter Series tournaments scheduled between February 26 and March 7, with a special Champions-only event bringing the curtain down on the series on March 8. Each of the 83 tournaments is known as a Main Event. Entry to the Champions event, which has a €10,000 prize pool, is limited to those winning one of the 83 events.

Bounty Hunter Series buy-ins start at €10 and increase up to €1,000, the latter reserved for the 80th event, a €100,000 guaranteed high roller tournament. The majority of the tournaments, however, cost between €10 and €50 to enter, making them accessible to a larger group of players.

All 83 Bounty Series events allow up to three re-entries per tournament, which is hardly surprising considering the iPoker Network has pushed the boat out when it comes to juicy guarantees. At least eight events run each day, so keep your diaries free if you want to grind the entire festival.

There’s some variety in the formats, too. You’ll find six-max and full ring events, deep stacks, some with turbo blind structures, and even a couple of Six-Plus Hold’em events dotted around the schedule.

Some iPoker skins are running their own special Bounty Hunter Series-related missions. Paddy Power Poker is one of those sites, they have four missions for you to get stuck into.