Last month’s defeat against Mainz appears to have jolted RB Leipzig into action, with back-to-back league wins without conceding – plus a 4-0 battering of Bochum in the cup. Julian Nagelsmann’s side have the league’s best home record, and have the tools to preserve it as they welcome an Augsburg side averaging just 0.81 xGF per game on the road.

Leverkusen to have too much firepower for Mainz

Leverkusen earned a much-needed win last weekend after three straight defeats in all competitions, battering Stuttgart to score five times from 3.58 xGF. Opponents Mainz are also coming off a win, but Bo Svensson’s side have just one away win this season and are averaging 2.03 xGA per game on their travels. Leverkusen won the reverse fixture 1-0, and Infogol gives them a 58% chance of completing a league double.

Dortmund to rebound from Freiburg disappointment

Dortmund will consider themselves unfortunate to have lost in Freiburg last weekend, conceding twice from just 0.16 xGA, but the result means the wins need to come quickly to save their season. They know all about Hoffenheim’s threat, having lost 4-0 to an Andrej Kramarić-inspired side on the final day of last season, but Infogol’s model suggests that, with plenty on the line, the hosts will edge this.

Both these sides lost last weekend, but Stuttgart’s last home game brought a long-awaited victory at Mercedes-Benz Arena. Visiting manager Pál Dárdai is still awaiting his first point since returning to the helm, and Infogol expects his slow start to continue against a team which took all three points at the Olympiastadion back in October.

Freiburg boss Christian Streich has extended his deal with the club he has managed since 2011, having overseen a victory over Borussia Dortmund last time out, but back-to-back away losses don’t bode well ahead of a trip to Bremen. The reverse fixture ended all square, but Infogol gives Werder a slight edge in a game which could easily go either way. 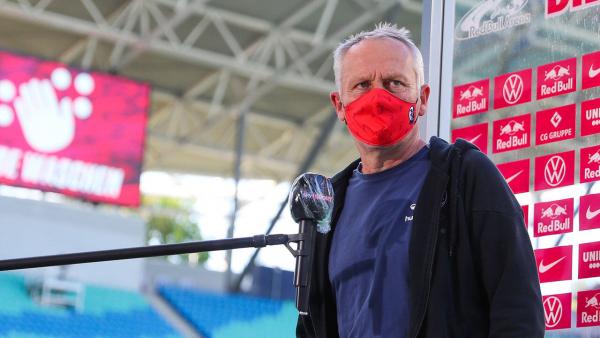 Schalke’s away record remains the league’s worst, with just three points and an average of 2.4 xGA per game. This weekend’s opponents aren’t in the best of form themselves, having taken just one point from their last four games, but are 52% favourites to take all three points against a team against whom they drew 1-1 in their last two meetings.

Frankfurt to keep up their winning run

Frankfurt came through a tough test last weekend, beating Hoffenheim away from home to preserve their top four spot. This Sunday sees them take on a Köln side who have form for impressive away wins, but Infogol is giving Adi Hütter’s side a solid chance of a victory which would ensure they end the weekend still in the Champions League places.

Last season’s fourth-place finishers travel to face one of the teams hopeful of usurping their lofty spot by the end of the current campaign, and victory for Wolfsburg on Sunday would increase the gap to Gladbach to a healthy nine points. Maximilian Arnold scored a stoppage time winner in the corresponding game last season, and home manager Oliver Glasner would welcome a repeat result – something which Infogol’s model gives a 40% chance of happening.

Arminia Bielefeld were dealt a lesson about the power of the Bundesliga’s top teams when they conceded four at home to Bayern earlier this season, and these two teams are at opposite ends of the table going into Monday’s game. Infogol expects the visitors to draw a blank in defeat, having averaged just 0.86 xGF per game on the road, allowing the champions to continue their march toward another title.