There are some obvious flaws in Thomas Tuchel’s 3-4-2-1 formation and Atletico Madrid are the perfect team to expose them. Chelsea are too reliant on building through their box-shape midfield, and with few runners in behind – coupled with a strict positional structure – it is getting easy to sit back, crowd the middle, and nullify Tuchel’s side.

Southampton did so at the weekend by forming a narrow ring around the two central midfielders, safe in the knowledge that their full-backs could get tight to the Chelsea wing-backs without losing their structure. Mason Mount and Timo Werner are increasingly isolated in the 3-4-2-1, which lacks the width needed to create space centrally.

Atletico are superb at playing in a narrow and disruptive defensive formation, so it is highly likely Diego Simeone will successfully reduce this game to another 90 minutes of slow, sideways Chelsea possession. On the counter-attack, Luis Suarez poses a threat to a defence that was alarmingly cut open by Takumi Minamino’s run last weekend.

Simone Inzaghi plays in a counter-attacking 3-5-2 formation, in which two fast forwards – Ciro Immobile and Joaquin Correa – look to break quickly once Lazio have absorbed lots of pressure. This is the perfect system to face a Bayern side who are consistently caught on the break this season, and who may struggle against an organised back five.

Three of the five goals Bayern have conceded in their last two Bundesliga games (neither of which they won) came down their right side, reflecting a developing issue for Hans-Dieter Flick. Neither Nikolas Sule nor Joshua Kimmich have been performing well at right-back, while Leroy Sane – despite being in-form in an attacking sense – doesn’t track back effectively.

Lazio focus 40% of their attacks down this flank, the second most in Serie A, with Immobile and Correa likely to lean out to this side when Lazio break forward. As Sergej Milinkovic-Savic looks to play them in behind, Bayern may get caught out in Rome. 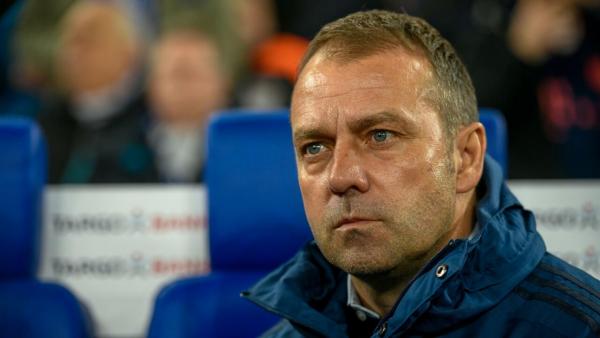 Atalanta’s attacking 3-4-3 is virtually unique, such is the sophistication and fluency of their approach. Players are constantly rotating positions with each other as overlapping centre-backs and under-lapping wing-backs cause havoc along with the front three. Their players pour forward to create overloads out wide, and this ought to cause a lot of problems for the visitors.

Zinedine Zidane has stabilised Real Madrid in recent weeks, and yet there remain a lot of flaws in this ageing team. His 4-3-3 can look very static, particularly when defending, with Casemiro, Luka Modric, and Toni Kroos potentially too slow to cope with the innovation and energy in this Atalanta attack.

However, Gian Gasperini’s man-to-man marking system during open play does make Atalanta vulnerable. It is likely they will be pulled out of shape for periods of this game by Karim Benzema, Marco Asensio, and Vinicius Junior. It should be a wild and entertaining game – with goals at both ends.

Although Marco Rose is a very good manager and Monchengladbach can be superb on the ball, they are unlikely to be able to cope with such an in-form Man City side. They like to dominate the ball and press high, which often means they struggle to adapt when facing stronger sides who can out-play them in this department.

Monchengladbach have conceded seven goals in three games against Borussia Dortmund and Bayern Munich this season, and conceded two goals home and away against Inter Milan and Real Madrid in the group stages. Their three-man defence is too easily exposed, such is Rose’s desire not to sit back and absorb pressure.

Man City are sweeping everyone aside at the moment with their controlled, low-tempo possession and Monchengladbach will surely be yet another team destroyed by Pep Guardiola’s system.