Featured in this article:

If 2020 was the year for poker players to head online and win millions, it was also the year that heads-up poker was truly resurrected.

The news that Daniel Negreanu and Phil Hellmuth plan to take each other on heads-up for huge amounts of money should excite every poker fan from the Amazon to Zanzibar. Kid Poker and The Poker Brat are about to duke it out for the kind of bragging rights money can’t buy. 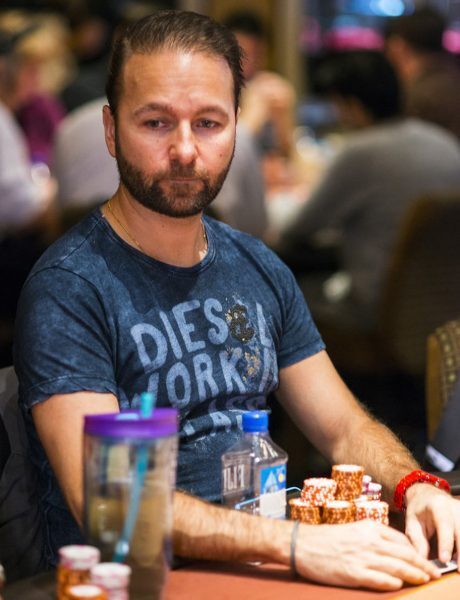 Daniel Negreanu focused at the felt.

The discipline of playing heads-up poker more than any other format of the game is a strange one. In many ways, it’s the eventual destination of every poker tournament, so why a player wouldn’t build their game around it is nonsensical, since the format is the biggest differential between winning big and winning huge.

From another perspective, however, playing heads-up poker only takes the poker player away from the true essence of the game – figuring out what a table full of opponents are holding during any one hand. Most successful tournament players focus on playing themselves into contention at the business end of a poker event – the final table. Work spent on the last stages of an event often takes place between other studies and consequently, it is a rare speciality to possess.

Daniel Negreanu knew that he was probably onto a very expensive heads-up lesson when he took on Doug Polk in their epic 25,000-hand poker grudge match. Ignoring the fact that Doug Polk is a master of heads-up no-limit poker online, Negreanu has conquered the live world playing mostly full ring with the occasional six-handed table thrown in for good measure. True, he may have won six World Series of Poker bracelets, but none of those victories were in online heads-up no limit.

Due to a fairly woeful run of luck down the back nine, Negreanu turned what looked like being a $600,000 loss into a deficit that totaled double that amount by the time the final hands were played out, two tables at a time on the GGPoker as-live streaming of the event on YouTube.

So why is Negreanu playing Hellmuth so soon after a potentially damaging loss?

Negreanu’s loss was expected, but if anything, Hellmuth might have been expected to sympathize with his long-time acquaintance at poker’s top table. Instead, when pushed for his opinion on the Canadian’s play during an interview with Brent Hanks and Jeff Platt of the PokerGO show No Gamble, No Future.

Hellmuth took a swipe at Negreanu’s play, saying that he was “disappointed in Daniel’s play” adding that he was “betting on Daniel’s talent” in the match against Doug Polk, which cost him money after Polk made light work of his rival.

‘Kid Poker’ didn’t take kindly to this slating of his performance and challenged Hellmuth to a heads-up battle on Twitter, throwing down the gauntlet at any stakes for any length of time.

“I’ll play you a heads-up match live, online, at any stakes you feel comfortable with for as many hands as you would like. Wanna play, big guy?” he asked.

Yo @phil_hellmuth you said you watched “zero” of the match but seem to have strong opinions on the play.

I’ll play you a heads up match live, online, at any stakes you feel comfortable with for as many hands as you would like.

Phil Hellmuth will be an altogether different prospect to Doug Polk, of course, but Negreanu would do well not to underestimate The Poker Brat. Last year, Hellmuth got the better of Antonio Esfandiari in three ‘High Stakes Feud’ matches on PokerGO, winning for $100,000, $200,000 and $400,000 before ‘The Magician’ quit at the felt. 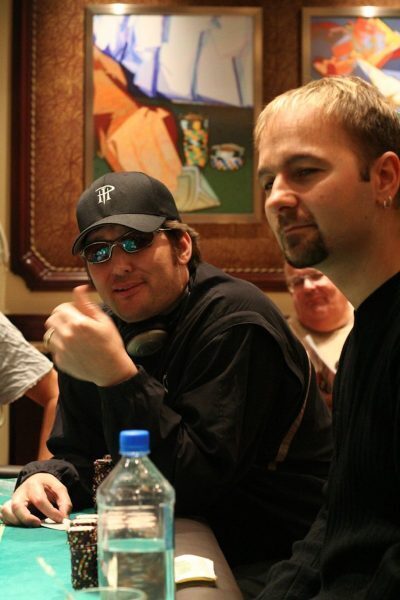 Negreanu and Hellmuth, in happier times.

Where Will You Be Able to Watch Hellmuth vs. Negreanu?

The match will take place on PokerGO, the paid subscription service that poker fans have been hooked on since lockdown began, with its resource of classic shows like High Stakes Poker and Poker After Dark.

As CardPlayer Online reported earlier this month, online sportsbook BetOnline has Negreanu as a -250 favourite. Hellmuth, however, will be no pushover for the six-time World Series of Poker bracelet winner. After all, no-one has won more heads-up matches as Hellmuth in WSOP events, with the 15-time bracelet winner currently being five bracelets ahead of his nearest rivals in that race, Doyle Brunson, Phil Ivey and Johnny Chan.

Who’ll be the winner when Phil Hellmuth and Daniel Negreanu meet at the felt for what is sure to be a thrilling heads-up match?

We can’t wait to find out.

Want more? Don’t miss out—stay up to date on the latest poker news.