Phil Ivey, Tom Dwan, and Phil Hellmuth were all seated at the table on the latest episode of High Stakes Poker on the PokerGo app. The episode — #9 of Season 8 — was released on Wednesday and gave younger viewers a glimpse of what the show was like during the poker boom era when it aired on Game Show Network. 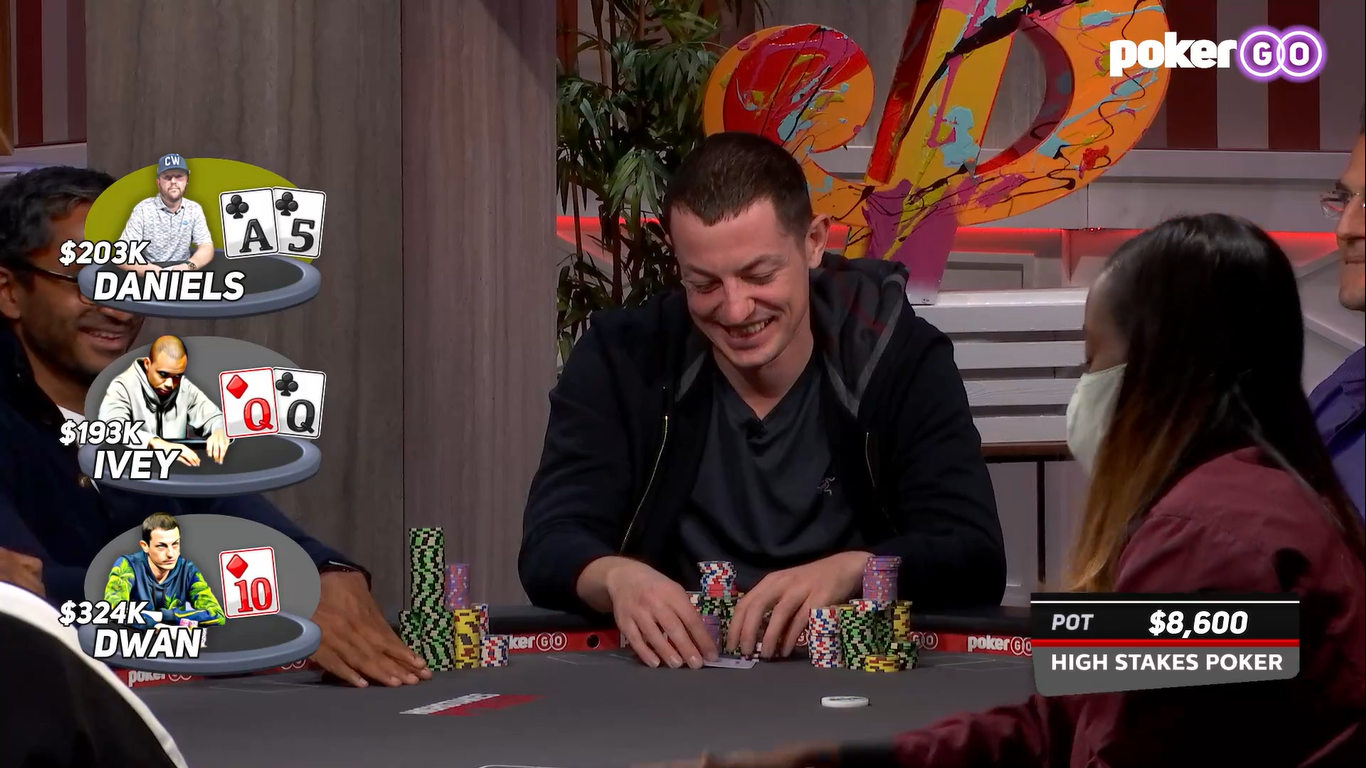 High Stakes Poker first launched in 2006 with Gabe Kaplan and AJ Benza handling the commentary duties. The show ran on Game Show Network until 2011, just after Black Friday. Poker Central, via its PokerGo app, rebooted the show in December 2020 for the first time in nearly a decade.

Thus far, PokerGo has released nine episodes and the most recent one was the most intriguing, at least for the old-school poker fans. Three of the biggest poker boom era stars — Ivey, Dwan, and Hellmuth — appeared. Chamath Palihapitiya, a venture capitalist worth more than $1 billion, also took a seat at the table, as did high-stakes regular Brandon Adams, an economics professor from Harvard.

Each player bought into the $400/$800 cash game with at least $200,000. For most of the players at the table, that amount of money equates to a few hundred bucks to the average poker grinder.

Key Hand of the Night

We won’t spoil everything for you. You can go over to PokerGo and watch the full episode (paid subscription required). It’s available on-demand.

You won’t get to witness a patented Hellmuth blowup in this episode. He was calm throughout the session and didn’t get involved in any major pots.

One of the most intriguing pots of the day involved Ivey, Dwan, and Jake Daniels. Daniels raised to $2,000 with a suited A-5 (both clubs). Ivey then surprisingly just made the call with pocket queens. Dwan also came along with a 10 in his hand (second card was never exposed).

The flop came out 7-3-K, all claubs, giving Daniels a straight. With two aggressive players behind him, he opted to lead out for a small amount ($1,300) instead of trapping. Ivey called with the queens, one of which was a club, and “durrrr” folded.

Another king landed on the turn, pairing the board. That didn’t concern Daniels who this time bet big ($7,300). With the board paired and still one club away from a decent flush, Ivey wasn’t about to give up on his hand. When Daniels triple-barreled with a $30,000 bet on the river (8 of diamonds), Ivey began to sense his pocket queens were no good, and he correctly folded.

The first episode with this cast of characters was only a teaser for what’s to come, one would expect. High Stakes Poker Season 8 Episode 10 will be uploaded to PokerGo on Wednesday with the same players at the table.