Dustin Dirksen, who hails from the great state of Iowa, bagged the biggest stack on Day 1 at the $5,000 buy-in WPT Venetian in Las Vegas. The biggest event in Nevada since COVID-19 attracted a whopping 937 entries, with 224 of them advancing to Day 2. 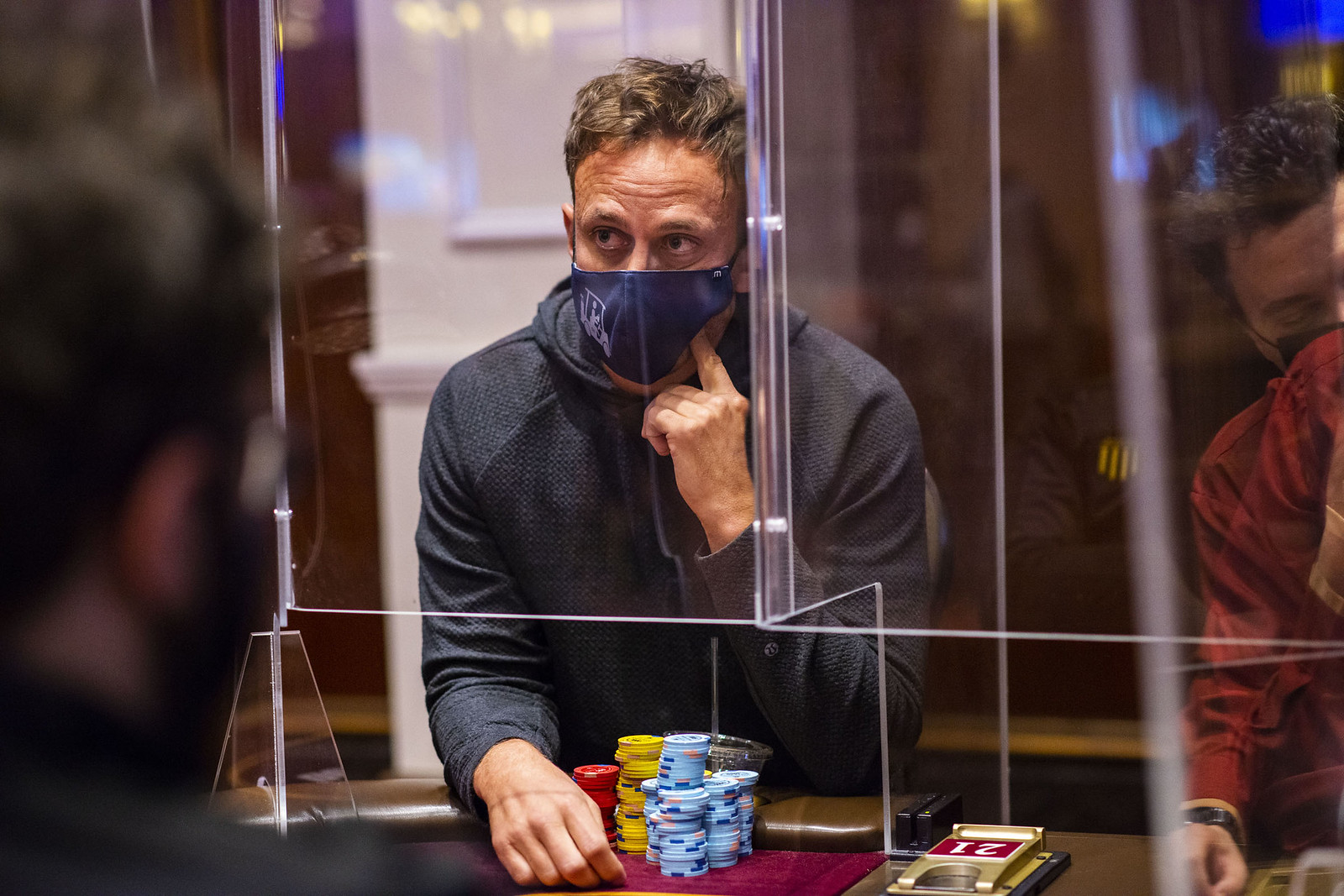 Dustin Dirksen proving he can compete with the big dogs at WPT Venetian. (Image: WPT.com)

Only about half of the remaining players will get paid as it pays the top 118. Many of the games best players came out to the poker capital of the world for this event.

Last year’s WPT Venetian was canceled due to COVID-19. In 2019, Ben Palmer won the first ever World Poker Tour event at Sheldon Adelson’s casino, beating out 734 players in what was a $3,500 buy-in tournament at the time.

This year’s edition was highly anticipated by poker pro starving for some major tournament action. The winner, whom will be crowned on Tuesday, will take home $752,880 and join the WPT Champion’s Club (if they weren’t already a member).

Dirksen, a long-time regular in the Prairie Meadows poker room in Des Moines, Iowa, finished Day 1A with 566,000 chips. Joseph Cheong, one of the top large field tournament players ever, ended the session with the second largest stack at 390,500.

On Day 1B, Danny Wong bagged the largest stack with 520,000 chips. The money bubble will likely burst at some point during Sunday’s Day 2 session, which begins at 11 am PT from the Las Vegas Strip mega resort. A min-cash is worth $8,365.

Day 1 attracted some heavy hitters to the Venetian for the first major poker tournament in Las Vegas since COVID-19. Many of those pros reached Day 2, including Cheong, who finished third in the WSOP Main Event in 2010 and won a World Series of Poker bracelet in 2019.