The official website for the live-action films based on Homura Kawamoto and Tōru Naomura‘s Kakegurui – Compulsive Gambler manga began streaming a new trailer for the film on Monday. The trailer reveals and previews the film’s theme song “checkmate” by milet. The trailer also reveals the film’s full title of Kakegurui: Zettai Zetsumei Russian Roulette (Kakegurui: Last Resort Russian Roulette), and the film’s April 29 opening date. The site also unveiled a new visual for the film. 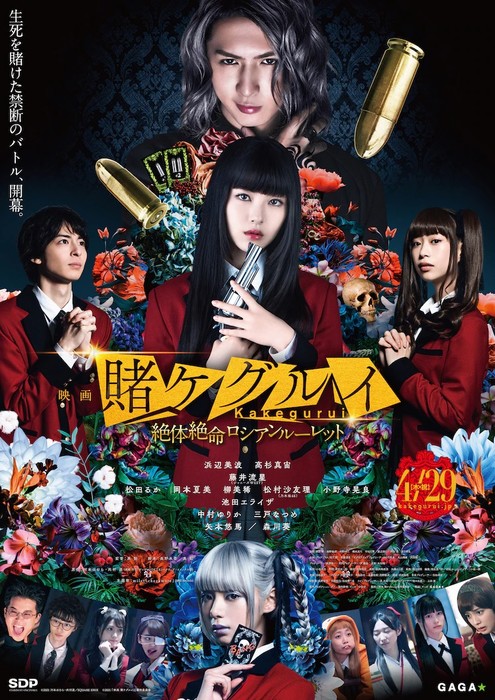 The film will include a returning cast, but will focus on a new antagonist, the shrewd gambler Makuro Shikigami, played by Johnny’s West member Ryūsei Fujii. Tsutomu Hanabusa is returning to direct the film, and is also writing the screenplay with Minato Takano. 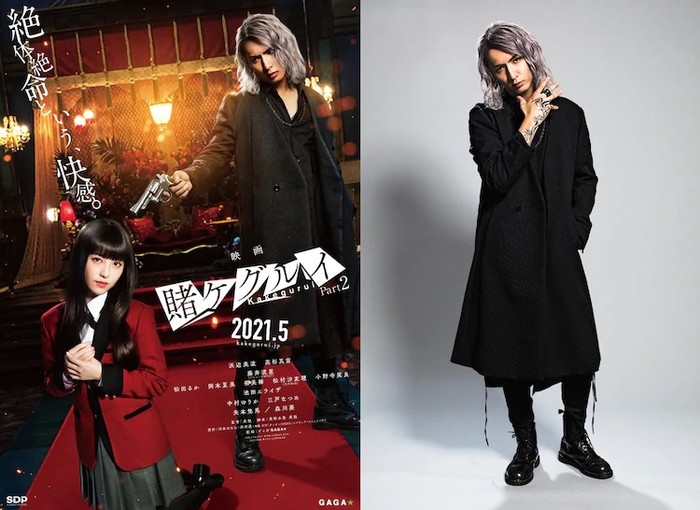 The original Kakegurui – Compulsive Gambler manga launched in Square Enix‘s Gangan Joker magazine in March 2014. Yen Press is releasing the manga in English, and it describes the story:

Hyakkaou Private Academy. An institution for the privileged with a very peculiar curriculum. You see, when you’re the sons and daughters of the wealthiest of the wealthy, it’s not athletic prowess or book smarts that keep you ahead. It’s reading your opponent, the art of the deal. What better way to hone those skills than with a rigorous curriculum of gambling? At Hyakkaou Private Academy, the winners live like kings, and the losers are put through the wringer. But when Yumeko Jabami enrolls, she’s gonna teach these kids what a high roller really looks like!

The manga inspired a 10-episode live-action show that premiered in Japan in January 2018. Netflix is streaming the series outside of Japan. A second season premiered in March 2019. The first live-action film then opened in May 2019. Katsura Saiki‘s Kakegurui Twins manga spinoff is also inspiring a live-action series that will debut on Amazon Prime on March 26.

The main manga inspired a television anime series that ran from July to September 2017 in Japan. The series premiered outside of Japan on Netflix in February 2018. The anime’s second season premiered in January 2019, and Netflix began streaming the series in June 2019.

Aside from Kakegurui Twins, the original manga has also inspired two other spinoff manga and two novels.