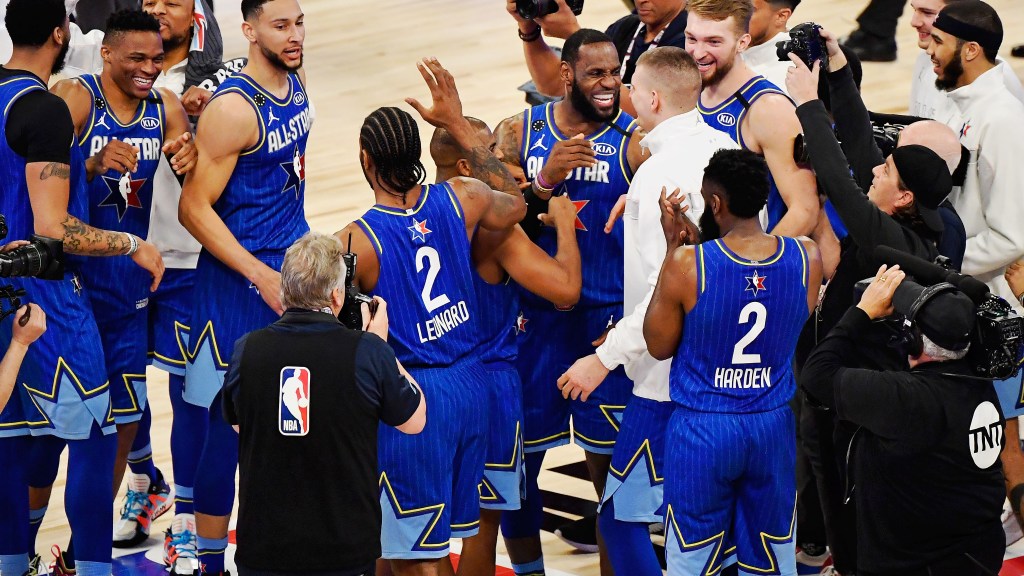 The 70th NBA All-Star Game will take place tonight in Atlanta and the coronavirus pandemic has already made sure it is one unlike any other we’ve seen before. Joel Embiid and Ben Simmons have both been ruled out of tonight’s game due to contact tracing. But still, the game is going to happen and our friends at BetMGM are taking your bets. We’re giving you all the information we can from them so you can make your best wagers possible on tonight’s exhibition with the league’s biggest stars.

The lines, courtesy of BetMGM

When you look at the names, scoring, shooting, and passing, Team LeBron is going to be incredibly difficult to beat. LeBron James, Steph Curry, Luka Doncic, Nikola Jokic, and Giannis Antetokounpmo in the starting lineup followed by Damian Lillard off the bench?

But the thing about the All-Star games that is easy to forget is how amazing the other team is too. Kevin Durant isn’t playing for Team Durant, which is a major loss for them. Still, they have James Harden and he’s been maybe the best player in the league over the past month.

We also have to consider the other aspect of the All-Star Game that makes it different from any other NBA betting situation: the Elam Ending. After the third quarter, they will add 24 points, in honor of Kobe Bryant, to the leading team’s score to determine the target score.

By introducing a pick-up game element where you play to a score, you will see a lot more tough defense in the 4th quarter. That’s what we saw last season and it makes me believe even if one of the teams gets out to a 20 or even 30-point lead, the different ending will result in a competitive game.

But Joel Embiid showed last season during the ASG that he wasn’t afraid to take big shots and while Harden and Irving are great in that spot, but not having Durant on both ends, in addition to not having Embiid during such a high-level game, is going to be too much to handle.

If all things were equal as far as the stars, I would take the points and lean on Team Durant. But something tells me Team LeBron is going to want to hit the target score and get on the first flight out of Atlanta. Also, take the under.