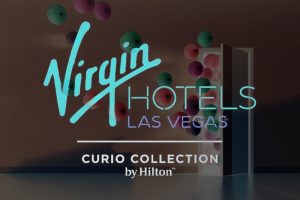 Virgin Hotels Las Vegas is set to swing its doors open on March 25 without resort fees, universally known as one of the biggest pet peeves of every guest of Las Vegas.

The announcement was made late last week by Richard “Boz” Bosworth, President and CEO of the property’s owner, JC Hospitality.

In a press release, Mr. Bosworth said that aside from the elimination of resort fees, guests of the newest Las Vegas casino resort will also “be able to enjoy complimentary self-parking and Wi-Fi at no charge” throughout the hotel and casino complex. The move was part of the property’s efforts to “dazzle guests even before their arrival.”

Virgin Hotels will be the first major casino resort in Las Vegas to nix resort fees as the city continues to reel from the economic impact of the coronavirus. According to experts, a move of this kind can help overcome the challenges the gaming and hospitality industries have been facing since the onset of one of the worst global health crises, including a downturn in reservations and a considerable drop in gambling revenues.

When it opens doors later this month, Virgin Hotels Las Vegas will join four other properties operated by the hospitality business of British businessman Richard Branson and his Virgin Group. The four other hotels of the same brand are located in Chicago, Dallas, Nashville, and San Francisco. In addition to Las Vegas, the hospitality operator also plans to launch locations in Louisiana, New York City, and the Silicon Valley this year.

The Las Vegas property not taking fees is in line with a company-wide No Nickel and Diming policy, meaning that the price advertised is the price guests pay and there are no “surprise fees and no cancellation costs”, among other things.

Revving Up for Launch

Virgin Hotels is scheduled to finally open on March 25 after its launch was delayed twice, with owners citing the coronavirus pandemic and state-mandated restrictions on non-essential businesses. The property was originally expected to welcome its first visitors and guests in the fall of 2020, but its opening was pushed back to mid-January and was later on postponed, until the late March date was announced in February.

The off-Strip hotel and casino complex is located at Paradise Road at a site previously occupied by Hard Rock Hotel & Casino Las Vegas. The latter closed doors for good in February 2020 to undergo $200 million worth in renovations and upgrades and be transformed into a Virgin Hotels-branded resort.

Mr. Branson’s hospitality operation, in partnership with Mr. Bosworth’s JC, purchased the site in the spring of 2018.

Virgin Hotels Las Vegas will feature 1,500 chambers and suites across three towers. All three will be part of the Curio Collection by Hilton under a partnership between Virgin Hotels and the hospitality giant unveiled in 2019.

A five-acre pool oasis, a live music and entertainment theater with capacity for 4,500 concert/event-goers, and 12 food and beverage outlets, including Hakkasan Group’s Casa Calavera, Nobu, and Michael and David Morton’s One Steakhouse, will be part of the new resort’s non-gaming amenities.