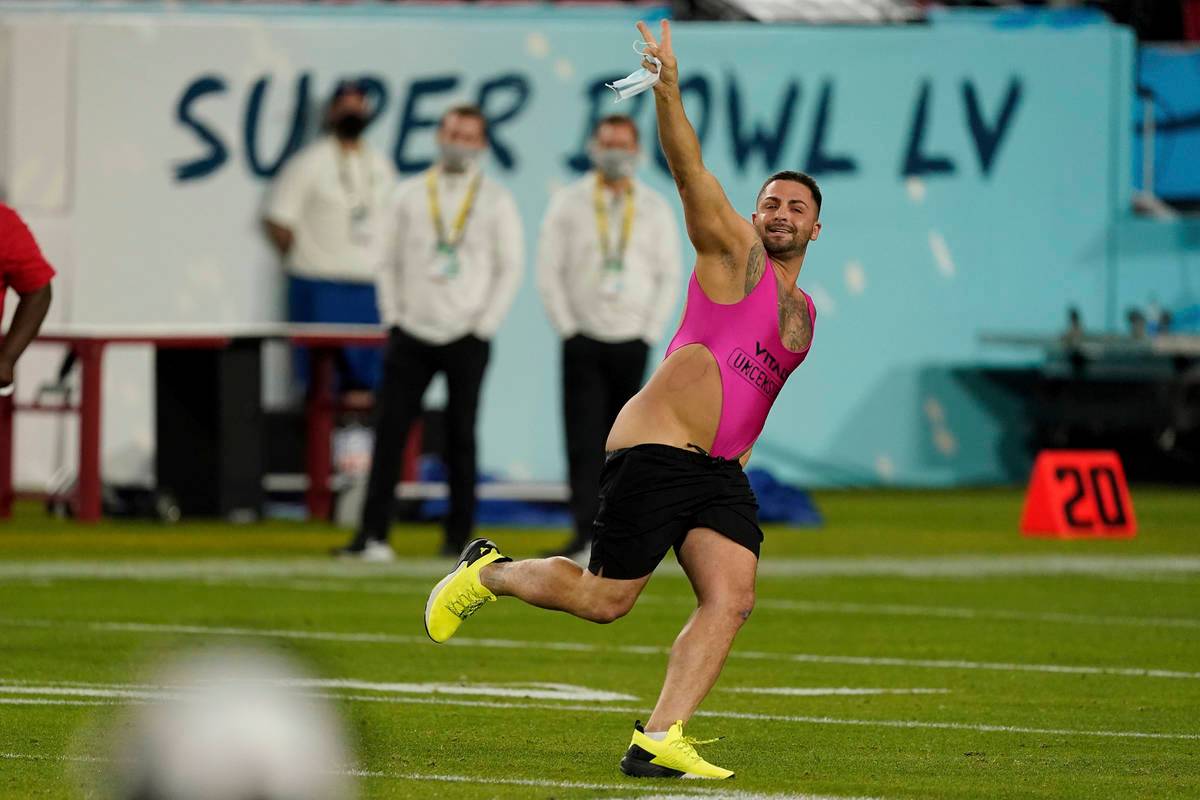 The offshore sportsbook Bovada announced that it was refunding bets on a Super Bowl prop about a fan running onto the field after reports that the man orchestrated the event to win the wager.

A man, identified by multiple media outlets as Yuri Andrade, 31, of Boca Raton, Florida, ran across the field during the fourth quarter of Sunday’s Super Bowl LV in Tampa, Florida. Afterward, he claimed to have made a $50,000 wager at +750 odds (to win $375,000) on a prop on whether a fan would run onto the field during the game.

Bovada had such a prop listed at +750, and it announced Wednesday that it would refund bettors who wagered “no” on the event after finding “betting irregularities.”

“Bovada identified some betting irregularities on our Super Bowl prop ‘will a fan run onto the field during the game?’

“Our players have always trusted us to ensure the integrity of all props offered in our sportsbook. We will continue to make sure that any publicity stunts or ill-intended behavior cannot adversely affect the outcome of a player’s wager.

“All of our players are on a level playing field, so if you bet ‘NO’ on this market we’re going to refund your bet. Additionally, we’re honoring all those ‘YES’ wagers we’ve determined to have had no part in the betting irregularities. We’ll be reaching out to all those players impacted by this event shortly.”

Kevin Harlan’s call of the idiot on the field (w/video from @rlacey23) : pic.twitter.com/iAI7WDi5xx

In a follow-up email interview, the spokesman detailed the line movement on the prop: “The line moved a lot. It opened at +500, but the majority of players were betting ‘No,’ which forced us to move the line out for yes. It was only late on that all the money started coming for ‘Yes.’ It was then closed at +175. At one point it was at +750, but there were many different prices offered between open and close.

“Later on, pretty much all of the bets were on yes.”

Bovada did not mention Andrade and did not confirm details of his story.

Andrade has offered conflicting accounts of how he placed the alleged bet. At one point, he said he placed the wager with a legal sportsbook in Las Vegas, but that is impossible. Las Vegas sportsbooks do not offer props on events such as a fan running onto the field; they are limited to offering props on events that can be verified in the final box score.

The size of the bet has also drawn skepticism because of the lower limits typically allowed on props.

The Bovada spokesman said its limit on the prop was $1,000. Andrade has claimed that he got multiple people to wager on the prop to get the $50,000 down.