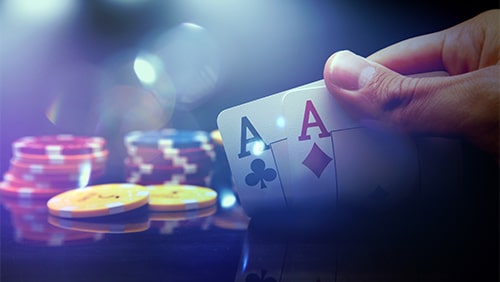 The end of an era… or the start of a new one? PokerStars ‘EPT Retro’ re-commentaries were invented initially as a way of entertaining poker fans during the early lockdown period of Coronavirus. They may just be remembered for reminding us of the enduring charm of two players who never even sit at the felt.

Since mid-March, the EPT Retro broadcasts have been a real feather in the cap for PokerStars, a site which may retain the largest market share in business terms, but it would be fair to say has contributed less and less for the fans over recent years.

It was never just the amount of content or the huge prizepools that PokerStars offered at their best, it was the level of entertainment. The stars being present was a guarantee just as much as the money, and players such as Jason Mercier and Victoria Coren offered not only great value for money for fans who were playing along while they watched, but an originality in almost every Team PokerStars Pro roster position. These were genuine superstars of the game, but they were also very different people from varied walks of life.

Just those two examples prove the point, Mercier the Christian Floridian with the basketball court swagger and winsome grin. Coren, now Coren-Mitchell of course, the whip-smart journalist and writer, likely to be fanning her tea with a broadsheet at a side-table during play at a final table.

Thankfully for fans of the EPT Retro broadcasts, ‘Stars signed off on the series with both those players at the same final table, in the replayed ‘Champion of Champions’ event. With other players such as ElkY, Sandra Naujoks and Galen Hall also in attendance, the standard was ridiculously good and the show that was reshown last night was great too.

The greatest thing about it was no player, however, but the magical partnership of Stapes and Hartigan.

Joe Stapleton has raised many eyebrows with his social media over the last four years. After jovially billing himself as a ‘hooker with a heart of gold’ for many years, the funnyman has proved to be a comedian with a social conscience. Some fans have fought it, uncomfortable with the light the light-hearted man has beamed into the shadows. Many more, however, have hopefully been inspired by it.

James Hartigan, in many ways the straight man to his rib-tickling, is a producer at executive level within PokerStars and the EPT. In recent years, his exemplary leadership at a presenting and producing level has been evidence that a hallmark of quality goes on before a programme bearing his name goes out. The long-time James Bond fan’s personal theme tune might be ‘Nobody Does it Better’, but that is even truer for the duo as a pair.

There’s a sympatico to the Stapes and Hartigan brand which has become stronger and stronger over the years. With poker content gradually multiplying over recent years, it would be easy to cast stardust over new pairings, throw superlatives at other presenters, and there are some fine ones out there.

When these two show up on a Tuesday night and bring new life to an already great final show like this, it’s a truly terrific thing to see. While the poker market is no longer dominated by ‘Stars – something that is far healthier for the industry as a whole by Hartigan’s own admission – poker on screen surely is still bossed by these two and no show isn’t improved by having Stapes and Hartigan take a look at it and entertaining us all by shedding new light on it.

You can watch the final EPT Retro right here. You’d be mad to miss it.