PokerStars MI is taking its Championship of Online Poker to Michigan this month with a new $1 million series. 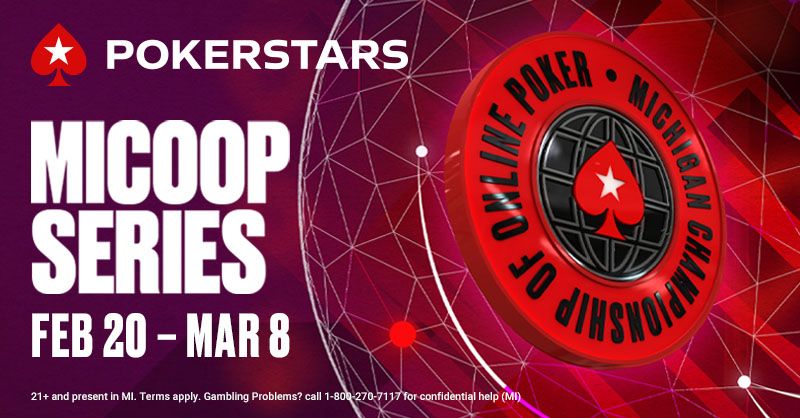 PokerStars is looking to get an early advantage in Michigan with a $1 million Championship of Online Poker. (Image: PokerStars)

Topping the list will be a $300 main event, but there will be something for everyone at stakes ranging from $10 to $500.

PokerStars is the long operator in Michigan at this point. However, the tournament team isn’t taking any chances.

MICOOP will be bigger than its counterparts in Pennsylvania and New Jersey. Those festivals featured 50 and 54 events, respectively.

It’s easy to see why PokerStars is taking MICOOP to the next level. With a population of 9.9 million, the Wolverine State is a bigger market than New Jersey.

Early indications are that it may also be more lucrative than Pennsylvania. Although the Keystone State has a larger population (12.8 million), PokerStars MI has a better seven day average than its Pennsylvanian counterpart.

Based on these metrics, PokerStars may be right to push things a little harder in Michigan.

Strong Start for PokerStars with MICOOP

That would take the number of operators in the state to two and put WSOP.com in direct competition with PokerStars.

888 and WSOP.com will also be targeting Michigan. That means PokerStars could be fighting battles on two fronts in the coming months.

As such, it’s worth making MICOOP as enticing as possible. To that end, the tournament team have covered every possible angle. Freezeouts, re-entry, and progressive knockout MTTs will be available across all variants. PokerStars MI will also be running ticket giveaways and satellites starting at $2.

The aim is to strike hard and fast while the road ahead is clear. Michigan is a potentially lucrative market for all online poker operators.

So, if PokerStars can win over the locals with a $1 million tournament series, it could stand it in good stead.

Whatever the outcome for every operator in Michigan, it’s clear that players are the big winners right now.