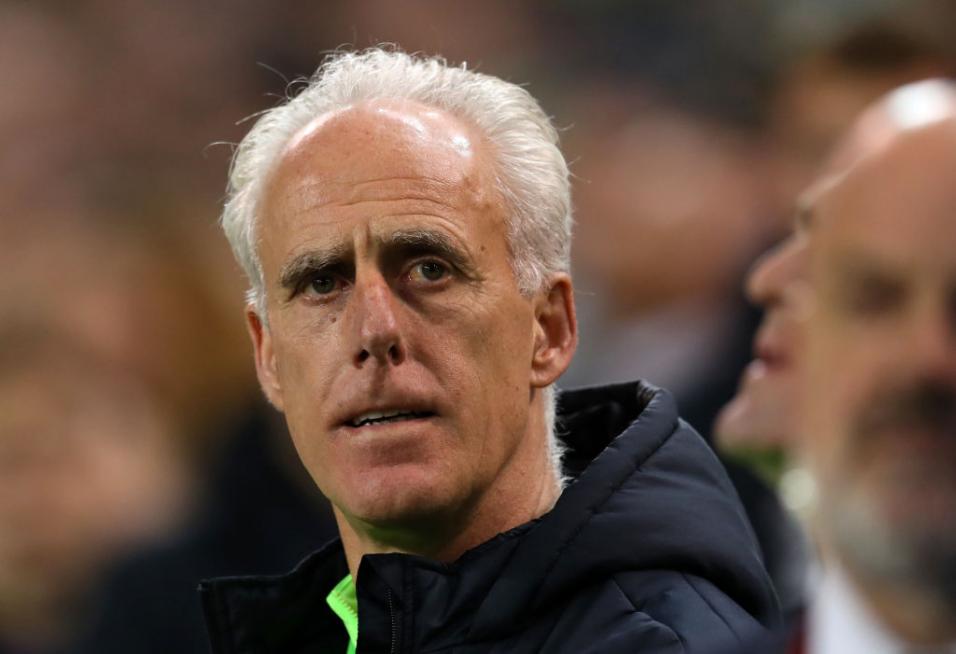 Coventry continue to struggle on their travels

Cardiff are slowly beginning to creep back towards the top half of the Championship after a period of stagnation under Neil Harris. Mick McCarthy has been drafted in, and the experienced coach has seemingly unlocked his side’s attacking potential. The Bluebirds are playing with a far greater intensity with the former Republic of Ireland boss allowing his players to express themselves in the final third. Fans were left deeply unimpressed by the style of play served up under his predecessor, and although McCarthy hasn’t completely altered their approach, he’s managed to reinvigorate some of the team’s more creative operators.

The hosts come into this game on a four match unbeaten run, and managed to collect maximum points against in-form opposition in midweek. With just eight points separating the Welsh outfit and the top six, fans are understandably excited about a prospect of yet another play-off push this season.

McCarthy is also getting the best out of lofty striker Keiffer Moore. The forward was sold by the Yorkshireman when the pair worked together at Ipswich, however, he’s netted in three of his last four matches, and with Robert Glatzel having been sent out on loan to the Bundesliga, he is likely to be one of the first names on the teamsheet. His physicality is vitally important, and he is currently surrounded by skilful players who can provide him with ample ammunition on a weekly basis.

Sheyi Ojo appears to be finally fulfilling his potential in the Welsh capital and is clearly suited by McCarthy’s flexible 3-4-1-2 system, whilst fellow loanee Harry Wilson, and the impressive Will Vaulks are also extremely dependable.

Their home form remains a concern, however, the new boss has overseen just a single 90 minutes at the Cardiff City Stadium so far. They’ve won just one of their last six at this venue, however, with games against Preston and Derby on the horizon, they will be expected to put their recent poor run of form firmly behind them.

Coventry are extremely tough to beat under Mark Robins, however, eight of their 11 defeats this season have been on the road. Although their defence has been fairly solid, goalscoring has become a bit of an issue, and they’ve found the net just six times in their last 10 Championship outings. Callum O’Hare‘s form has been hugely positive in recent weeks, however, the continued reliance on Maxime Biamou is worrying. The striker is perfectly capable at League One level, however, he’s struggling to have the same impact in the second tier.

The Sky Blues’ only two away victories have come against rock-bottom Wycombe and away specialists Millwall, and this could be a tough afternoon for Robins’ men.

Cardiff are flying under McCarthy and can be backed at 2.0811/10 on the Exchange. They will offer far more going forward, and should be able to find a way past the Sky Blues’ back-line.

Points to be shared in South Yorkshire

Rotherham‘s superb run of form was halted by a resurgent Cardiff City in midweek, with Millers midfielder Matt Crooks insisting that his side’s defeat was merely a blip. The hosts had a couple of decent penalty claims turned down, and struggled to gain their usual second half momentum in difficult conditions. Prior to Tuesday’s loss, they’d won three of their last four outings, with Championship survival beginning to look like a realistic possibility.

Crooks has been amongst the club’s best performers in recent weeks, although January recruits Ryan Giles and Lewis Wing have also helped to give the squad a much-needed injection of fresh legs. Paul Warne‘s side are always going to be battling against the odds, however, the former physio has done a superb job, and should take enormous credit for their recent run of form.

Warne recruits players who have the right character and mentality, and the togetherness of the squad is one which is scarcely seen at this level. The players appear to be extremely grounded, and they will rarely give less than 100%. They’ve managed to bounce back from each of their last two defeats, and they’ll be hoping for a simiar result here.

QPR‘s good fortunes continued last weekend, and although Mark Warburton may not be present at the New York Stadium this weekend, his side should be able to get something from this game. The R’s have been famed for their generous defending in recent seasons, however, they’ve conceded just three times in their last six matches, and have beaten both Cardiff and Watford during that sequence.

Rob Dickie‘s recent form has been superb, and even Yoann Barbet appears to have eliminated the mistakes from his game. The pair are helped by Geoff Cameron‘s leadership and experience, and although January signing Jordy de Wijs is waiting in the wings, Warburton is unlikely to mix things up at the back anytime soon.

Stefan Johansen may need a couple of weeks to get up to speed with the pace of Championship football, however, the talented Norwegian has the ability to dictate at this level, and could be a savvy acquisition going forward.

The visitors have massively improved, and should be able to take something from this encounter. They’ve collected over a third of their points since mid-January, and they could easily add another one to the collection here. Neither side are likely to give much away and it wouldn’t be a surprise to see this contest end all-square. The draw is available at 3.412/5 and appears to be the best option.

Terriers to get back to winning ways in West Yorkshire

Huddersfield have been in poor form lately, and Carlos Corberan will be desperately hoping that his side can rediscover their mojo this weekend. The Terriers were winless throughout January, and although they picked up a decent point at Luton last weekend, they haven’t been able to collect maximum points since December 29th.

Admittedly, the Spaniard is working with a relatively small squad and won’t be helped by Harry Toffolo‘s dismissal last weekend. The defender’s suspension was upheld, and he will miss the next three matches. Despite their recent problems, the West Yorkshire side are significantly better on their own patch, and they’ll fancy their chances of beating out-of-form Wycombe at the John Smith’s Stadium on Saturday.

Although some fans are beginning to become frustrated with their side’s inability to pick up points, Corberan appears to be planning for the future, and there have been plenty of green shoots in recent months. Only five teams have left this ground with all three points, with four of those teams currently occupying positions in the top half. Their defence is much tougher to breach at home, and only two sides have netted more than a single goal here since the beginning of November.

Pipa‘s recent form has been hugely encouraging, whilst Naby Sarr‘s defensive lapses have been largely counteracted by his ability to pop up with important goals at the other end of the field. Experienced midfielder Jonathan Hogg has also been rolling back the years, with some dynamic performances in recent weeks.

Wycombe’s fate is unlikely to be sealed for several weeks yet, however, the majority of fans are already resigned to relegation. They’ve failed to score in each of their last three matches, and have won just once since the beginning of November. Away from home, they’ve been porous, with 30 of their 47 goals having been conceded away from Adams Park.

Gareth Ainsworth‘s side are always up for the fight, and they are an incredibly awkward side to play against, however, they haven’t been streetwise enough this year. Although they can hold their heads up high, they appear destined for League One, and Huddersfield will fancy their chances of picking them off this weekend.

They struggled in midweek, and with the hosts able to have a few days off, they are likely to be the fresher of the two sides. At 1.768/11 on the Exchange, Huddersfield look the pick here, and should be able to get the job done at a short price.