Davide Nicola extended his unbeaten start at Torino with a win at Cagliari last week, but only one of those five games was against a team in the top half. Infogol’s model anticipates a close contest against a Sassuolo side who came back late on to rescue a 3-3 draw in the reverse fixture, with the visitors tipped to inflict a maiden defeat on one of Serie A’s newer managers.

Spezia to come out on top in bottom six battle

With a nine-point gap to the bottom three, Spezia will know a win on Saturday can take them a big step closer to Serie A safety, especially considering it will keep struggling Parma down in the lower reaches of the table. Only a last-minute Juraj Kucka penalty kept Vincenzo Italiano’s side from winning the reverse fixture, and Infogol gives them a 43% chance of taking the points against opponents with a league-worst 0.78 xGF average on the road.

Lazio to recover after European humbling

Lazio’s Champions League run is all but over after a nightmare first leg against Bayern Munich, but Simone Inzaghi’s team still have a return to the top table within their grasp. Last season’s fourth-place finishers need just four more away wins to match their tally from last season, and Infogol backs them to achieve one of those against a Bologna side averaging 1.69 xGA at home, a worse figure than three of the current bottom five teams.

Having surrendered a second half lead to lose in Verona last season, Juventus will be keen to beat Ivan Jurić’s side for the first time since September 2019. Infogol’s model gives Andrea Pirlo’s team the edge against a team who are slightly higher in the table than xG numbers suggest they ought to be but will still represent a tough test after back-to-back wins at Marc’Antonio Bentegodi.

Atalanta remain very much in the race for the top four despite facing an uphill battle to stay in this season’s Champions League, and their defensive form away from home is broadly in line with an impressive 1.17 xGA per game. Sampdoria failed to net against Gian Piero Gasperini’s side in two meetings last season, but the 3-1 win for Claudio Ranieri’s men at Gewiss Stadium should be enough for the visitors to pay attention to Samp’s threat and edge a tight contest. 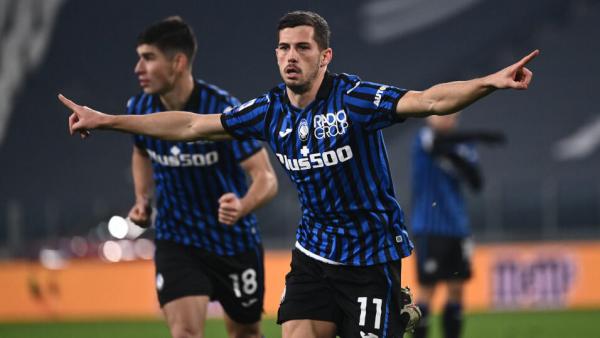 Cagliari have parted ways with manager Eusebio Di Francesco just a month after extending his deal, with Leonardo Semplici taking his seat in the dugout for a huge relegation clash in Crotone. Giovanni Stroppa’s men lost the reverse fixture, but Infogol’s model backs them to gain revenge at Ezio Scida and draw level with their opponents. It’s the league’s worst home xGF record against a team with one of the worst xGA returns on the road, but something’s got to give.

Inter’s win over Milan last week felt like a crucial moment in the title race, and Antonio Conte’s side can keep their fate very much in their hands with a 10th home win from 12. Visitors Genoa are in the midst of a seven-game unbeaten run, but are averaging less than one goal per game on the road – both in real and expected terms – and have lost their last five league meetings with the Nerazzurri without scoring a goal.

Fiorentina’s away misery to continue at Friuli

With one win in 11 games, Fiorentina have the second-worst away record in Serie A and face an Udinese side with a healthy defensive record at Friuli. No one can match the 0.85 xGA average posted by Luca Gotti’s men on home soil, and Infogol backs them to make it three home games without conceding a goal.

After losing two of their last three games in the league, Napoli desperately need three points to avoid falling out of the top four race. They’ll fancy their chances against Benevento, though, given the visitors’ average of 0.55 xGF across their last four games, and Infogol’s model anticipates a home win to nil which would represent a league double for Rino Gattuso’s men against his former club and international team-mate Pippo Inzaghi.

After last week’s derby defeat, Milan would not have asked for a trip to the team with Serie A’s highest home points tally. The reverse fixture in October saw the teams share six goals, and Infogol’s model expects a home win after watching Roma rack up 2.56 xGF per game at home – by far the most in the league – and an equally impressive 31 actual goals from their 12 games at the Olimpico.