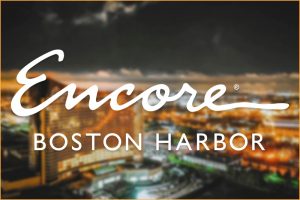 Three people have recently been indicted in relation to a baccarat cheating incident at Encore Boston Harbor, one of two full-scale casino resorts operating on the territory of Massachusetts.

The indictments were served this past Friday, the state Attorney General’s office told local media.

The cheating scheme involved a dealer at the gambling venue, a former casino dealer from Maryland, and a third individual from Philadelphia. They stole around $23,500 from the property over two nights.

The Attorney General’s office said that Jianming Li and Jun Zhang, the two dealers, each faced charges of cheating under the Massachusetts Gaming Act, conspiracy, and larceny by a single scheme. The Encore employee was also charged with making false statements to state gambling regulators.

The third individual involved in the cheating incident was slapped with charges of cheating under the state Gaming Act and conspiracy.

Developed and operated by Las Vegas casino giant Wynn Resorts, Encore Boston Harbor opened doors in the summer of 2019 as the state’s second full-blown gaming resort, MGM Springfield being the first. The property is located in the City of Everett in the Greater Boston Area. It features a wide array of table games and slot machines.

How the Incident Unfolded

Authorities said that Li, a casino dealer at the gambling venue, acted together with Zhang, a former dealer who worked at Maryland gambling facilities, to devise the cheating scheme that ultimately resulted in them netting $23,500 over two nights at Encore.

As he was dealing playing cards at his baccarat table, Li allegedly exposed some of them, memorized them, and marked them with a so-called bookmark card. He then used his cell phone to communicate the cards and in what order they would be dealt to his accomplice. They used separate bathrooms to discuss their actions.

At some point, De Lin, the third individual involved in the incident, joined the other two. All three defendants are set to be arraigned in Middlesex Superior Court.

This is not the first time Encore got entangled in a table game cheating scandal. Shortly after its launch in mid-2019, the property was hit with a class-action lawsuit filed by patrons who alleged it was cheating customers to reap financial benefits and boost its revenue.

According to the suit, Encore paid 6:5 for a blackjack, but it should have paid out at 3:2 for a 21. Under state gaming law, casinos are allowed to pay at 6:5, but only if certain requirements are fulfilled so that the gambling venues ensure the playing field between players and the house is leveled. The lawsuit claimed that the property had implemented additional ruled that increased the house’s edge.