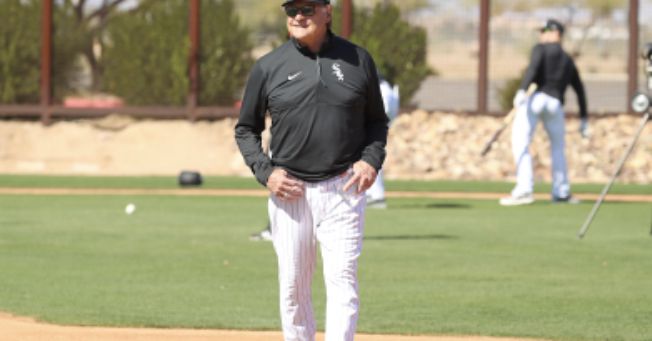 GLENDALE, Ariz. — White Sox manager Tony La Russa was back in the dugout for the first time since 2011 and said it felt ‘‘familiar.’’

So did the feeling after a loss, which still gets in his craw, even in the first exhibition game of the spring. The Brewers beat the Sox 7-2 on Sunday at Camelback Ranch.

‘‘Everybody thought I was foolish my whole career, you know?’’ La Russa said of underlining the importance of winning spring-training games. ‘‘I think you’ve got to practice winning. You get 30 chances, so you don’t want to wait until Opening Day.

‘‘Whether the team or a manager, you’re supposed to be using those games to anticipate and make decisions. That’s why I like it, in the sense that when I get to Opening Day or October, there really isn’t any difference in the concentration and the process.’’

La Russa, who started his Hall of Fame managerial career with the Sox in 1979, hadn’t managed a game since winning the World Series with the Cardinals in 2011. He said he was nervous, as always, even before he took the lineup card to home plate before the game.

‘‘Nervous about the competition, the outcome and excited that we came back right away to answer in the first [with two runs after the Brewers had scored three in the top of the inning],’’ La Russa said. ‘‘[The Brewers] pitched and hit better than we did, so you tip your cap and learn. I always said you learn more from a loss.’’

A moment for Burger

Jake Burger, a first-round pick in 2017 last seen when he suffered the first of two Achilles injuries on the same field three years ago, started at third base and went 0-for-3.

It has been a difficult road back for Burger, who said he ‘‘broke down in tears’’ on his way to the Sox’ complex for the first day of camp.

‘‘This is just another milestone in the comeback,’’ he said. ‘‘It feels great to be out there with the guys and just playing baseball again.’’

First baseman Jose Abreu got a call from Angels slugger Albert Pujols about La Russa, who managed him with the Cardinals. Pujols told Abreu to reserve his judgment until he gets to know La Russa.

‘‘[He said], ‘After your first day, call me and let me know your impressions,’ ’’ Abreu said through a translator. ‘‘He was right. Today and throughout all the conversations I’ve had with Tony, I can tell he cares about people. He cares about us and the team, and that is something that will be very important for us. It will unite us and make us stronger. And baseball? He’s a Hall of Famer. We’re glad he’s here with us.’’

Catcher Yasmani Grandal, who has been out for three days because of inflammation in his right knee, ramped up his throwing and hitting and is expected back soon.