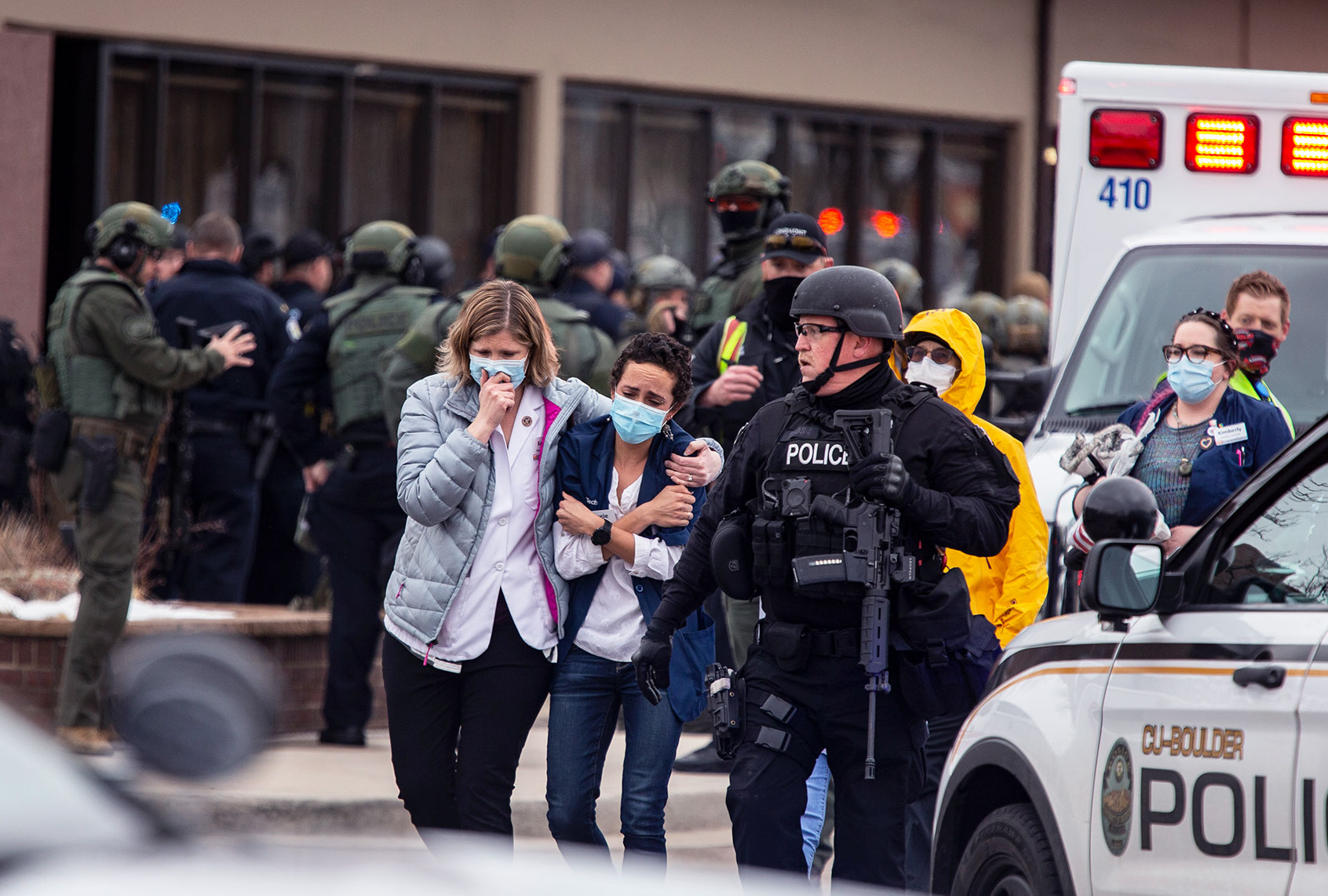 America is struggling through a season of death. At least 540,000 people have succumbed to COVID-19, and we have suffered two mass shootings in seven days. Last Tuesday, in a possible or likely hate crime, a white man, shot and killed eight people in the Atlanta area, six of them women of East Asian descent. On Monday, another 21-year-old man, reportedly a Syrian immigrant who had lived most of his life in the United States allegedly shot and killed at least 10 people at a King Soopers supermarket in Boulder, Colorado. One of the victims was a Boulder police officer.

Those were not the only examples of large-scale gun carnage in America during that same seven-day period: There were also mass shootings in Houston, Dallas, Philadelphia, Stockton, California, and Gresham, Oregon.

These incidents are a few examples of many that illustrate the ways that America is truly an “exceptional” nation — in its astronomically high levels of gun violence and mass shootings.

The U.S. has the highest rate of gun-related deaths among wealthy nations. The number of deaths from gun violence would be even higher if not for dramatic recent advances in trauma and emergency medicine.

The U.S. has more guns per capita than any other country in the world — even more than Yemen, a nation torn apart for years by a bloody civil war. In fact, there are more guns in the United States than there are people. Gun violence is estimated to cost the U.S. economy more than $200 billion dollars a year, according to a 2019 report.

It is especially worth noting that just 3 percent of gun owners possess half the total number of guns in America. Some of these “super-owners” have dozens of guns. They are overwhelmingly white and male.

In her book “Loaded: A Disarming History of the Second Amendment,” Roxanne Dunbar-Ortiz describes America’s obsession with guns:

The astronomical number of firearms owned by U.S. civilians, with the Second Amendment considered a sacred mandate, is also intricately related to militaristic culture and white nationalism. The militias referred to in the Second Amendment were intended as a means for white people to eliminate Indigenous communities in order to take their land, and for slave patrols to control Black people.

While gun “advocates” have created superhero narratives, such as the fantasy about “a good guy with a gun” who stops “a bad guy with a gun,” the reality is that a gun owner is much more likely to shoot a family member, a neighbor, a friend or themselves — by accident or suicide — than a criminal assailant. “Defensive gun use” statistics are inaccurate and wildly exaggerated.

Like soldiers in wartime, many Americans have developed a type of gallows humor to manage the routine horrors of a culture where gun violence and mass shootings are fixtures of day-to-day life. One such example of these macabre sensibilities is the “mass shooting bingo card” that circulates online after a high-profile mass shooting such as those over the past week in Boulder and Atlanta.

The mass shooting bingo card has squares labeled with categories such as “mental health,” “lone wolf,” “thoughts and prayers,” “violent video games,” “now is not the time to talk politics” and “radical Islamic terrorism.”

In a larger context, the mass shooting bingo card is a representation or metaphor of how race, class, gender, religion and other identities filter the American public’s understanding of gun violence and how to assign blame and responsibility for it.

But the mass shooting bingo card is not understood and used the same way by different groups of people. For many nonwhite people and others, it becomes a way to point out the hypocrisy and contradictions around how guns, the color line and violence intersect in America, where certain groups of people are automatically deemed to be criminals and terrorists if they are involved in a mass shooting or other large-scale act of violence.

But those who are invested in white privilege and white (male) power, as well as masculinity, individualism and lack of group accountability — for whom guns (and a de facto monopoly on violence) are understood as a type of birthright, never to be restricted — use the logic of the mass shooting bingo card to support the status quo.

Applied in that way, the mass shooting bingo card deems that a white person (especially a member of the white right) who commits an act of mass violence is just “having a bad day” — as a sheriff’s captain in Georgia described the alleged shooter there — is someone worthy of empathy, to be deemed “mentally ill” and therefore not responsible for his actions. In other words, this person is given a pass designed to avoid a challenging conversation about the relationship between whiteness, gender, guns, crime, terror, politics and violence.

Tucker Carlson made great use of the mass shooting bingo card in a recent op-ed at Fox News, writing this about the alleged Atlanta shooter:

Robert Long seems deranged, but his obsessive and violent behavior seems sadly familiar if you follow the news closely. An increasing number of Americans struggle with mental illness. It would be worth knowing much more about Robert Long’s life, if only to try to prevent the next mass shooting.

Evidence has not been presented that Long is mentally ill, and it’s infuriating how conservatives keep pinning the blame for mass shootings on people who live with mental illness, most of whom aren’t violent killers.

Would conservatives and others apply the same logic about “mental illness” to Ahmad Al Aliwi Alissa, the alleged gunman in Boulder? In all probability the answer is no, but the exercise is instructive.

That story is still developing, but it has been reported that Alissa showed signs of being mentally unwell, and may have suffered from hallucinations, paranoia, rage issues and other problems.

The Daily Beast has reported that the alleged shooter’s brother describes him as mentally ill:

Ali Aliwi Alissa, 34, told The Daily Beast in a phone interview that his brother was paranoid, adding that in high school he would talk about “being chased, someone is behind him, someone is looking for him.”

“When he was having lunch with my sister in a restaurant, he said, ‘People are in the parking lot, they are looking for me.’ She went out, and there was no one. We didn’t know what was going on in his head,” he said.

He said he was sure the shooting was “not at all a political statement, it’s mental illness.”

Because the (white) American popular imagination is likely to view Ahmad Al Aliwi Alissa as an Arab or Muslim first and foremost, he will almost automatically be categorized as a “terrorist,” regardless of whatever information about his motivations may come to light. Of course it is conceivable that multiple overlapping things may be true: Alissa may be mentally unwell, and may also have political or ideological motivations.

Ultimately, the most important common denominator on the mass shooting bingo card are the guns themselves. A majority of Americans, including gun owners and even some NRA members, support reasonable gun control laws such as mandatory waiting periods for handgun purchases, a national gun database, and restrictions on certain types of firearms and ammunition.

As a true “special interest” in the worst and most damning sense of the term, the NRA, the gun lobby and the Republican Party adamantly oppose such measures for reasons that are personal, cultural, financial and political.

We have reason to hope that the COVID pandemic’s season of death will soon be over. But the body count from America’s gun culture will continue to grow largely unabated. Why? Because a small but vocal and highly influential minority of Americans want it that way. They wave the flag, brandish the Bible, wallow in Fox News and other right-wing propaganda and stock up on guns, all too willing to sacrifice their children — and ours — to a false god.