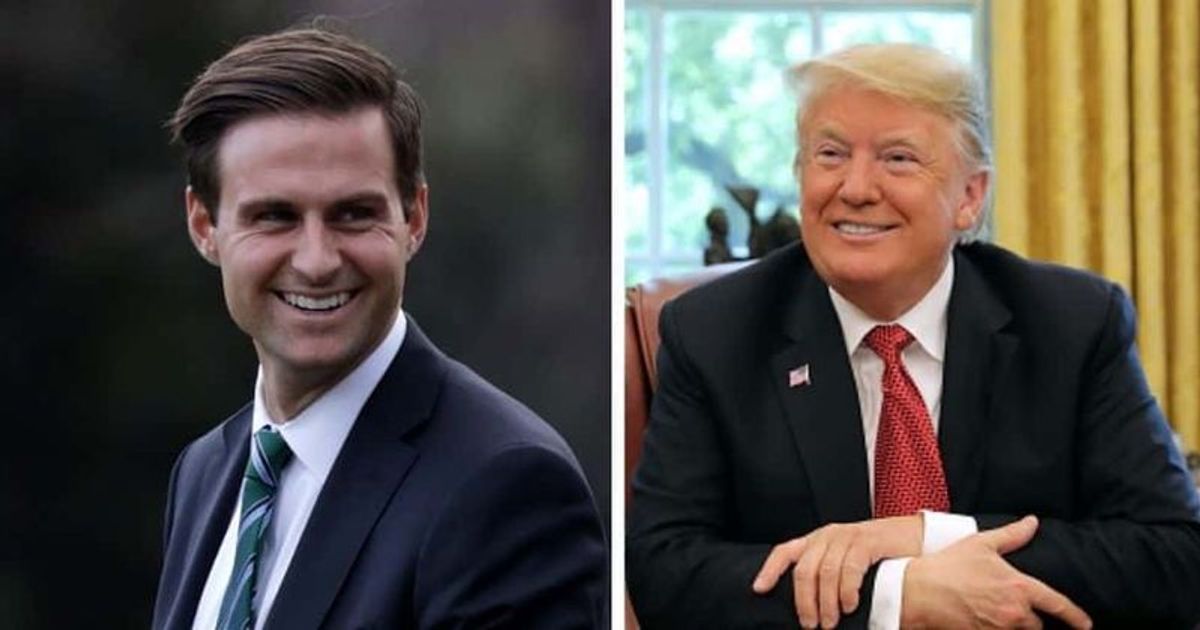 An official in President Donald Trump’s camp, who has helped remove anti-Trumpers and is reportedly behind numerous post-Election Day firings, was once fired from the White House in 2018 due to his gambling habit and rising financial issues. The 30-year-old Johnny McEntee is a former college quarterback, who was responsible to pilot a purge of anti-Trump government officials in his position as the head of the Presidential Personnel Office, right until his ouster. However, if recent reports are to be believed, McEntee is back at the White House, and this time, he is armed with a new agenda.

After the presidential elections of November 3, there has been a surge in firings of government officials by Trump. McEntee, who sources mention “is loyal to a fault to the president”, was brought back into the office in late 2019. Now, his new posting is related to coordinating the screening and hiring of federal officials and workers for Trump. Trump’s friend Chris Ruddy praised McEntee by saying that the president values him as a “very trusted, very loyal man”. McEntee is assisted by James Bacon,23, a college senior who has a list of Trump-related jobs, starting with being an intern on the Trump campaign, as per Daily Mail. Until now, those fired by Trump include Defense Secretary Mark Esper and Michael Kuperberg who ran the U.S. Global Change Research Program to name some. Now McEntee is also stressing on staffing the administration with Trump loyalists like Michael Ellis who has been named the National Security Agency’s general counsel.

As per reports, McEntee has also warned government workers to not cooperate with President-Elect Joe Biden’s officials since the Democrat leader won the election. As per Daily Daily, which was cited by the Washington Post, McEntee has also threatened to oust those already looking for jobs for their “disloyalty” and has monitored an interview process of government workers to test their loyalty to sitting POTUS Donald Trump.

Who is Johnny McEntee

Born in 1990, John David McEntee II is a political advisor and former athlete who serves as the Director of the White House Presidential Personnel Office in Trump’s regime. As per Daily Mail, his father, John McEntee Sr, 63, is a longtime Hollywood agent who lives in Newport Beach, California.The Trump advisor who attended the University of Connecticut was a star quarterback, throwing 2,209 yards and 10 touchdowns in 2011-2012 as per the publication.

In his political career, McEntee was fired and removed from the White House in March 2018 over gambling. Daily Mail reported at that time that this official would spend time at the MGM National Harbor casino, located just down the Potomac River from Washington, D.C., in Oxon Hill, Maryland. There McEntee reportedly blew $250,000 on roulette where his six future bettings then belittled his $115,000 salary that he was getting annually. Owing to gambling he was fired and then brought back in Trump’s office in 2019. He took up the position as a senior advisor to Trump’s 2020 reelection. In his capacity, he has carried Trump’s belongings on trips and otherwise taken care of many of the logistical needs presidents have, Daily Mail reported.
During the 2020 Trump campaign, he took part in a Time Magazine video where he gave a tour of Trump’s former residence at Trump Tower. As per Daily Mail who cited Politico, McEntee was also capable of copying Trump’s signature perfectly and had used it to send notes to other White House workers.

However, there are varied views on McEntee’s professional administrative related work where some have praised him and others have not. A source told Daily Mail McEntee “doesn’t have the basic understanding of how departments operate and what skills are required to hold certain Cabinet-level positions. It’s actually hampered the president by putting unqualified people throughout senior roles”. However, White House Chief of Staff Mark Meadows mentioned in a statement accessed by Daily Mail, “John McEntee has supported the President’s initiative from day one and does an outstanding job working to help make sure our administration implements the Trump agenda. He’s a valuable asset to our team and no doubt the unfair criticisms being directed his way are from individuals who don’t know the facts”.